Lauren Sandler’s new provocative book Righteous: Dispatches from the Evangelical Youth Movement is out in a bookstore near you (released September 7, 2006). I will comment some more on it since an entire chapter was devoted to Intelligent Design (entitled “Evolutionary Wars”) and quite a bit of that chapter was written about me. Her book will sell to the pro-Darwin crowd who think people like me are part of “a great national ill”.

First of all let me say, I think Sandler is deeply sincere about what she writes and that she feels very threatened by the advance of Evangelical Christianity. She views me as someone who is wrong for society and I was portrayed that way in her book as were most people of faith.

There were several factual errors that I will need to correct. She was not using a recorder in the interview but hastily taking notes, and I was speaking a mile a minute, so some things didn’t get reported accurately. I also may have made some confusing statements. I want to say up front that any mis-reporting in the book regarding me, I consider honest mistakes. I think she is a sincere and honest person who simply sees the world differently than I.

Sill, mistakes still need to be corrected. For example, her book listed my former employer as MIT. It was not MIT proper but rather a spin-off of MIT’s Lincoln Labs by a different name. She reported attending an IDEA meeting in September, 2005 in the Fall Semester when in fact the one she attended was on Friday, July 29, 2005 in the Summer Semester. She said I wore baggy jeans when in fact I wore white Khaki’s (I had no jeans in my wardrobe at the time). She attributed my description of Godel’s theorem to Barrow’s derivation of Schrodinger’s equation. She gave a short hand rendering of an equation page 186 (possibly because my marker was running out of ink when I was writing it on the white board). The proper equation for the Universal Wave function which was only sketched in her book is found correctly in Barrow’s book as:

There were several other nit-picks which I will go into….about 20, in all, regarding me.

I have a feeling she transcribed her hand-written notes into a book 4 months later in the wake of Judge Jones ruling, thus there were some colored perceptions of what she saw and heard from our interview. That is speculation on my part, but that is my best explanation for the large number of factual disconnects. I will post these corrections shortly. But I still recommend the book (well, I recommended Barbara Forrest’s book too, so take my endorsement with a grain of salt).

That said, I think she had a provocative and compelling writing style and I couldn’t put the book down. She infiltrated several Evangelical circles which even I was not privy to like HSLDA (Home School Legal Defense Association) and PHC (Patrick Henry College). HSLDA and PHC members attend my church, but I had no clue what their life was like. She did a better job of getting to know people in my own circles than I did! 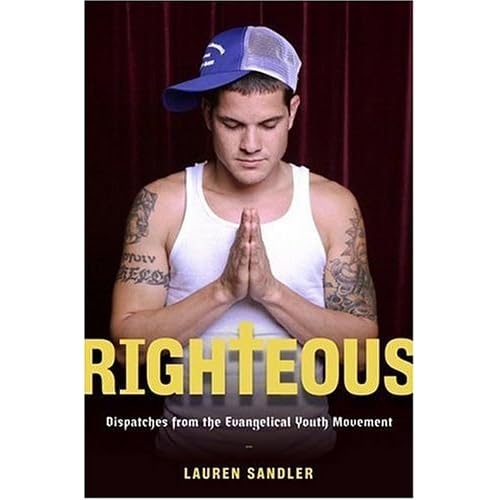 Here is a juicy snippet:

you were just doing bong hits at a dinner party, or screwing your housemate while tripping your ass off, wondering why his or her face was dripping all over your bean bag chair….this movement [ID movement] decorates its own far scarier pseudointellectualism in the tech-age narcotic of choice: the authority of so-called science…

That’s how you open people to what Salvador believes…It’s a strategy based on a classic con move, or the simplest sleight-of-hand trick…Salvador knows you can change hearts for Christ the same way.
….
Reverend Kennedy announced that he was part of a team developing what he called the “wedge strategy,” …the brainchild of the Discovery Institute

She reported that I pay my bills by playing cards. Well, I did not say that, but I did tell her over dinner that I won about $1,400 over the previous few weekends when I visited the casinos. She kidded me that it was rent money, but that was her perception, and it was nothing I said seriously.

She reported that I traveled to upstate New York for a card game after an IDEA meeting. That was true. But she missed the really juicy part of the story. After visiting the casino, I was put under arrest for 45 minutes by state troopers and border patrols for suspected drug trafficking up near Akwesasne, New York. About 8 squad cars descended on me. That was really cool. They released me after they determined I was just a harmless tourist….

Apparently the police thought I completed a drug deal at the casino. Come to think of it, some guy with a Mowhawk and lots of jewelry was at my table betting $400 a hand….