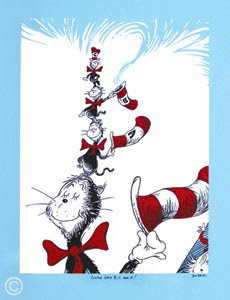 In Part 1 we argued that Origin-of-life (OOL) was indistinguishable from creationism, but distinguishable from panspermia. In Part 2, we argued that panspermia had not, in fact, solved the problem of OOL by positing infinite space or eternal time. However, we pointed out that panspermia at least recognized that there was a coupling between space-time and OOL, a coupling we identify with the Fourier Transform. In contrast, most OOL theories suppose life began at two points and a line: a point in time, a point in space (microscopic coacervate, etc.) and a line of serially encoded information (DNA, enzyme, etc.) Our goal for this post, is to elucidate what this FT does to the traditional OOL theory, how this transform turns points into volumes, and lines into areas.

Judging from the comments, the concept of infinity stopped most, who did not proceed further to understand the FT, nor its relationship to infinity. Georg Cantor‘s work on infinities demonstrates both their profundity (which should warn us against trivializing platitudes) as well as the danger for anyone embarking on this career.  So instead, let’s begin with some examples of FT, and we’ll work our way back to the infinities.

The key argument here, is that the central dogma of molecular biology is false, and has mislead investigators for decades. That is, the concept that DNA is the “master” of the cell, that DNA–>RNA–>protein–>life is wrong.