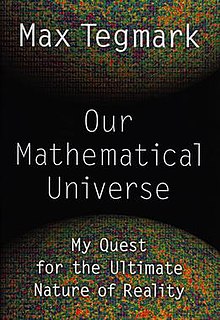 In a review of Max Tegmark’s 2015 book, Our Mathematical Universe: My Quest for the Ultimate Nature of Reality, mathematician Daniel Kleitman observes at Inference:

Tegmark’s chief argument now follows. Our local universe arose through the process of inflation; since this inflation happened, it had a finite non-zero probability of happening. In an infinite universe, inflation must have taken place infinitely often. There must therefore be an infinite number of local universes. Tegmark then claims that, since you also have a finite non-zero probability of existing in the infinite universe, there must be infinitely many copies of you in the other local universes.

He then weakens his claim, though he does not acknowledge this, by pointing out that the physical constants we observe in our local universe, such as the ratio of proton to electron mass, might be different in other local universes. Since the laws of nature would thus be different, you could not be you. The ratio of the masses of the proton and the electron could take infinitely many values; the a priori probability that it has any particular value is zero. You would necessarily remain you. So long those other yous.More.

But the chief glory of multiverse cosmology is that it does not need to make sense and was probably never intended to. It grandfathers not making sense in every other science, all the way down.

See also: Consciousness as a state of matter

Copernicus, you are not going to believe who is using your name. Or how.

4 Replies to “We have infinite selves in a multiverse? No, sorry, goodbye all youse, says math prof”