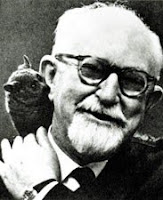 In 1951 the leading evolutionist George G. Simpson stated that there really is no point nowadays in continuing to collect and to study fossils simply to determine whether or not evolution is a fact. The question, concluded Simpson, has been decisively answered in the affirmative. Simpson was by no means the first to make this high claim—even stronger statements were made in the nineteenth and even eighteenth centuries—but in the twentieth century this sentiment came to dominate the life sciences. It became more than merely broadly accepted, it became mandatory. This set up evolutionary theory as what Thomas Kuhn would call “normal science.” Evolution became the standard, the dominant paradigm, within which the life sciences operated. From high school biology exams to university tenure and funding applications, all must work under the umbrella of evolution. New research is not merely described in terms of evolution, the very data are interpreted according to evolution from the first measurement. If a new fossil form is discovered, it is described as a result of gradualism if it is similar to known forms. On the other hand, it is described as a result of punctuated equilibrium if it is unique. One way or another, evolution is the narrative. And while it may be that, in practice, science needs to work in this way, this overwhelming dominance means that, ironically, evolutionary studies often fail to provide evidence for evolution. This is because evolution is assumed in the very interpretation of the data. This logical technicality, however, often does not stop evolutionists from making high claims about the evidence.  Read more