If they are not Buddhist or Hindu. From Zeeya Merali at Aeon:

The discussion has gone on ever since. I partook in 2014, while researching my book, A Big Bang in a Little Room (2017), about experiments on recreating the origins of the Universe in the lab. Not only did I meet with Ashtekar at Penn State but also with his kindred spirit, the cosmologist Andrei Linde, at Stanford University in California. Linde had just returned from giving a series of guest lectures at the University of Hamburg in Germany on the philosophical implications of ‘quantum cosmology’, the discipline that applies the rules governing the micro realm – quantum theory – to the study of how the Universe evolved in its infancy, when it was still growing from a tiny seed.

‘The climate was to ignore religion, so I was, with my strange philosophy, the most religious person around’ 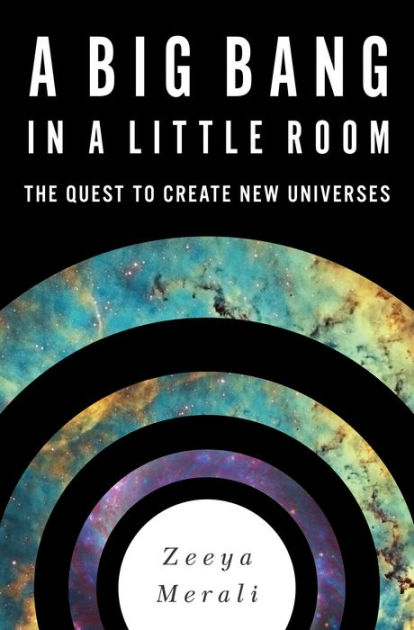 In those talks, Linde had pointed to a harmony between cosmology and the ancient Hindu philosophical school Advaita Vedanta, which posits a unity between the eternal cosmos and the self. Specifically, he found resonance between Advaita Vedanta and theories developed by modern physicists to explain why time’s arrow points in one direction, inexorably marching us from cradle to grave. Ashtekar, independently, was challenging the conventional view that our cosmos was born at the Big Bang, replacing it with a model of an eternal universe that once contracted and is now expanding again. He even began to ponder whether it might be possible to construct a scientific model aligned with non-Western philosophies, in which individual human consciousnesses are embedded in a larger communal consciousness that pervades the Universe.

Nobody is suggesting that progress in physics will be found by mining ancient Hindu scriptures directly for inspiration. Nor, indeed, that scholars of the Advaita Vedanta had some privileged insight into scientific truths. Yet, curious resonances between the philosophical ideas read in one’s youth, and theoretical speculations that arise from the physics of today can sometimes make the latter seem more compelling. Perhaps that is why Linde was more intuitively drawn to Page and Wootters’s solution to the problem of time than to Hawking’s.More.

If we aren’t suggesting it, why bring it up? In any event, one could say the same for the Judaeo-Christian tradition but what happens if we try to discuss that?

If it doesn’t matter what Jewish, Christian, or Muslim philosophy might say about the Big Bang, why does it matter what Hindu or Buddhist philosophy says about it? Either the Big Bang can be treated as a fact or it can’t. This all sounds like an effort to wish a “pre-Big Bang” into existence, calling on religion to help.

Note: For the record, Linde is an atheist.

See also: Does the beginning of the universe require a cause?

At RealClearScience: Anti-religious feelings hindered acceptance of the Big Bang

12 Replies to “Why does anyone care what Buddhist or Hindu philosophy says about the Big Bang?”