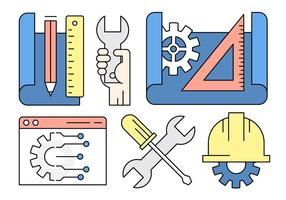 The Atlantic is asking:

Though their numbers are growing, only 27 percent of all students taking the AP Computer Science exam in the United States are female. The gender gap only grows worse from there: Just 18 percent of American computer-science college degrees go to women. This is in the United States, where many college men proudly describe themselves as “male feminists” and girls are taught they can be anything they want to be.

Meanwhile, in Algeria, 41 percent of college graduates in the fields of science, technology, engineering, and math—or “stem,” as it’s known—are female. There, employment discrimination against women is rife and women are often pressured to make amends with their abusive husbands.Olga Khazan, “The More Gender Equality, the Fewer Women in STEM” at The Atlantic

Some researchers think that the explanation is this: Women in more oppressive environments must get real about how they are going to improve their lives; the STEM subjects are more promising than Grievance Studies.

Meanwhile, a fellow set to become the World’s Most Hated Scientist has said:

At a workshop organised by Cern, Prof Alessandro Strumia of Pisa University said that “physics was invented and built by men, it’s not by invitation”.

He said male scientists were being discriminated against because of ideology rather than merit.

He was speaking at a workshop in Geneva on gender and high energy physics.

Prof Strumia has since defended his comments, saying he was only presenting the facts.

Last month, Prof Jocelyn Bell Burnell told the BBC she believed that unconscious bias against women prevented them from getting jobs in physics research. Pallab Ghosh, “Cern scientist: ‘Physics built by men – not by invitation’” at BBC

Right or wrong, the guy has guts. When you consider that someone out there might be threatening his kids (never mind that his bosses will probably find some way to get rid of him), it’s helpful to keep in mind that his remarks are only one man’s opinion. If people get unhinged over them… what are they hiding anyway? Genuine doubt about their position? At any rate, vengeful mobs are not the prettiest sight we’ll ever see.

The worst part is, there really is a serious problem today: the war on x and y (on math and science). And we hear little about Big Science taking a firm stand on the matter.

See also: You think the SJW war on engineering is a joke… That is your mistake.

Which side will atheists choose in the war on science? They need to re-evaluate their alliance with progressivism, which is doing science no favours.

6 Replies to “Why does more gender equality lead to fewer women in science?”