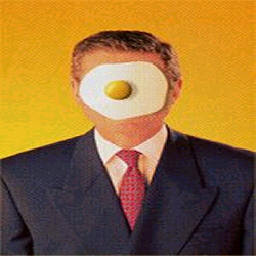 Pity the poor readers of The Huffington Post. Not only do they have to put up with biased coverage of controversial scientific issues, such as the Intelligent Design controversy (see here, here, here and here for recent examples), but they also have to endure poorly researched articles on religion that are riddled with errors, despite the fact that these articles are often written by ministers of religion, who really should know better. This post is about one badly misinformed minister, Rev. Dr. David J. Lose, who has just written a terrible article for The Huffington Post.

Intelligent Design, as readers of Uncommon Descent are well aware, is a scientific quest for patterns in Nature which exhibit signs of being the product of some intelligence – a quest which is rapidly yielding new results in fields as diverse as cosmology, biochemistry and neurology. The new volume, The Nature of Nature (which I received in the mail today), describes these advances, with contributions from nearly 40 scientists, scholars and public intellectuals who grapple with the key issue: what is the fundamental explanatory principle of the universe, inanimate matter or immaterial mind? The scientific case for Intelligent Design can be made without invoking any sacred book, and the Intelligent Design movement has no official position on the identity of the Designer. Curiously, though, the most vociferous objections to Intelligent Design come not from scientists, but from people who argue, on religious grounds, that the search for patterns in Nature that can be shown to have been designed by some intelligent being is a misconceived one, because any God worthy of the name would not manipulate Nature. The idea that God would manipulate Nature or even that He could, they say, rests upon a simplistic and literalistic way of reading the Bible. In order to discredit this way of reading Scripture, some of these religiously motivated critics of Intelligent Design attack the doctrine of Biblical inerrancy (see here, here and here for examples).

A recent article in The Huffington Post featured an attack on the doctrine of Biblical inerrancy by Rev. Dr. David J. Lose, a minister who holds The Marbury E. Anderson Chair in Biblical Preaching at Luther Seminary, where he also serves as the Director of the Center for Biblical Preaching. Lose is the author of Making Sense of the Christian Faith (2010), Making Sense of Scripture (2009), and Confessing Jesus Christ: Preaching in a Postmodern World (2003). He is also the author of a series of articles on the Bible and related religious issues in The Huffington Post. Now, I have no idea what Rev. Lose’s views on Intelligent Design are, but his latest offering, entitled, 4 Good Reasons Not to Read the Bible Literally, had me rolling in the aisles. In his attempt to prove that Scripture is not free from errors, the good minister makes eight egregious errors of his own, all in the space of just 1,248 words. These are simple factual errors that anyone can verify, regardless of their theological perspective. Those who have no interest in sacred books may stop here if they wish, but people who enjoy reading absolutely devastating refutations are invited to read on.

A few short remarks about myself

Rev. Lose will probably be wondering who I am, so I’ll just direct him to my Web page here if he wants to find out more about me. Briefly, I have a Ph.D. in philosophy; I’ve never formally studied theology. I also have a few other degrees (B.Sc., B.A., B.Ec., M.A.) as well as a Dip. Ed. that allow me to teach. I live and work in Japan. I’m a supporter of Intelligent Design and I have contributed articles here before.

I’m not writing the article below with the aim of pushing any particular view of Biblical inerrancy. My position is simply this: that if you’re going to write books about it, you’d better get your facts straight. I also dislike woolly-minded thinking and historical revisionism. The past is what it is. Report it if you will; interpret it if you like; but do not attempt to rewrite it. That is a sin.

Rev. Lose’s errors, in a nutshell

First, he gets the definition of Biblical inerrancy wrong – a surprising mistake for a minister of religion.

Second, he says that the Bible nowhere claims to be inerrant, when in fact the Bible claims that each and every verse in Scripture is “God-breathed,” and that God cannot lie.

Third, he says that the Biblical authors weren’t even aiming at factual accuracy, even though some of them claim to be eyewitnesses to the facts that they recorded, or alternatively, claim to have researched their facts very carefully.

Fourth, Rev. Lose claims that the concept of literal Biblical inerrancy is a relatively new doctrine that goes back only 200 years, when in fact both Jews and Christians have believed and affirmed it for 2,000 years.

Fifth, he claims that Christians never even tried to harmonize the discrepancies in the Bible until the mid-nineteenth century, when in fact they were already doing so as far back as the second century A.D.

Sixth, Rev. Lose claims that before the nineteenth century, Christians never felt the need to take stories like Jonah and the whale literally, despite the fact that the early Christians (including the great allegorist, Origen) affirmed the story of Jonah as literally true from the second century onward.

Seventh, Rev. Lose ascribes a bogus quote – “I take the Bible too seriously to read it literally” – to Karl Barth, who was arguably the greatest theologian of the twentieth century.

Eighth, Rev. Lose argues that since the people in the Bible are fallible and sinful, they were incapable of communicating supernatural truths without error. However, his own Bible contains a very vivid and humorous example of God taking control of wicked people in order to make them communicate supernatural truths in prophesy (1 Samuel 19:18-24). In any case, God’s act of guaranteeing inerrancy on the part of the human authors would not violate their free will, if the human author of Scripture is willing to be directed by God. And directed isn’t the same as “dictated to”, either – that’s a cheap caricature.

For ease of navigation, I’ve included the following table, to enable readers to navigate their way through my expose of Rev. Lose’s errors, in whatever order they wish.

6 Replies to “You lose, Reverend: a minister blunders while attacking the inerrancy of his own holy book”