I attempted mathematics….but I got on very slowly. The work was repugnant to me, chiefly from my not being able to see any meaning in the early steps in algebra….I do not believe that I should ever have succeeded beyond a very low grade.

Charles Darwin,
writing of his ineptitude and dislike of math

The inability of Darwin and his followers to make the math of their ideas work continues to haunt them. Another mathematical problem for Darwinism comes in the form of the failing molecular clock hypothesis, a statistical theory of molecular evolution. The hypothesis was the brainchild of arch-Darwinist Schlemiel Zuckerkandl (Zuck for short).

It’s gratifying that a hypothesis which Zuck received so much recognition for 45 years ago is now being bludgeoned to death by empirical data, much to the delight of ID proponents. The most recent example of the failure of Zuck’s idea is reported in When did placental and marsupial mammals split?, we read:

“We’re in total discord with the molecular dates,” Wible says. He thinks genetic clocks fail to account for the post-Cretaceous burst of mammalian evolution.

Are palaeontologists missing fossils, or do bursts of evolutionary diversification throw off molecular clocks? You have to take both sides seriously, says Rich Cifelli of the Oklahoma Museum of Natural History in Norman.

The study …may also lead to a number of medical breakthroughs….
….
placental and marsupial mammals have largely the same set of genes for making proteins. Instead, much of the difference lies in the controls that turn genes on and off
….
That was the first really important surprise about evolution…..

Why is there so much supposed identity in proteins but great divergence in the highly functional non-coding regions? Do the protein coding regions tick at a rate mysteriously out of sync with the non-coding regions? The molecular clock hypothesis is devastated by this fact, hence the great surprise by the scientists (who were blinded by Darwinism).

In contrast, Michael Denton and Michael Behe successfully anticipated the scientific developments which we see today (much to the embarrassment of Darwinists). Behe in fact published a peer-reviewed article critical of the molecular clock hypothesis almost 17 years ago in Trends in Biochemical Science! [See: Histone deletion mutants challenge the molecular clock hypothesis.] Behe built on the work of Denton in 1985. [See Molecular Clocks: Michael Denton continues to be vindicated.]

Yet another person vindicated by recent scientific developments is Fred Hoyle, who like Denton and Behe, was critical of the molecular clock hypothesis and its accompanying thoeries of protein phylogeny. 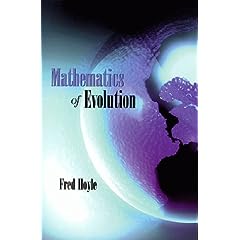 In a book highly critical of Darwinism, Mathematics of Evolution, Hoyle wrote:

Besides which, there are three further objections, one a reductio ad absurdum, another a flaw of logic, and the third a disproof by positive fact, that rule protein phylogenies so far out of court that one must wonder at the state of confusion which led to them ever being considered at all.

About this time last year, I also mentioned the potential importance the marsupial and placental convergence and a great opportunity for ID proponents to achieve fame and glory. [See: Marsupials and Placentals: a case of front-loaded, pre-programmed, designed evolution?]. Little did I know the marsupial and placental convergence would also be another boon for ID theorists with respect to the failure of the molecular clock hypothesis, the importance of junk DNA, and the fact ID is more consistent with potential future medical breakthroughs.

[NOTES]
1. These recent developments are in addition to the egg on Ken Miller’s face and laurels for Michael Behe. [See: Ken Miller may face more embarrassing facts, Behe’s DBB vindicated]

2.I especially like the observation by Hoyle that for one to swallow Darwinism, one must need a certain amount of mental illness:

So it came about from 1860 onward that new believers [in Darwinism] became in a sense mentally ill, or, more precisely, either you became mentally ill or you quitted the subject of biology, as I had done in my early teens.

4. Zuck wrote anti anti-ID screed which you can find by following links in here. It appears he’s receiving a bit of comeuppance with the recent developments in science.

[HT: Steve Jones for some of the text quoted here]

20 Replies to “Zuck is out of luck, marsupial findings vindicate Behe, Denton, Hoyle”