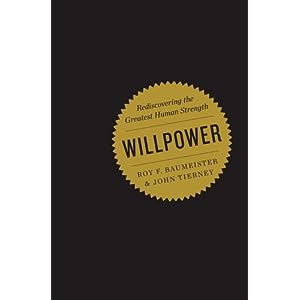 In experiments beginning in the late 1960s, the psychologist Walter Mischel tormented preschoolers with the agonizing choice of one marshmallow now or two marshmallows 15 minutes from now. When he followed up decades later, he found that the 4-year-olds who waited for two marshmallows turned into adults who were better adjusted, were less likely to abuse drugs, had higher self-esteem, had better relationships, were better at handling stress, obtained higher degrees and earned more money.

Who’s surprised? From there, it goes downhill,

Together with intelligence, self-control turns out to be the best predictor of a successful and satisfying life. But Baumeister and Tierney aren’t endorsing a return to a preachy puritanism in which people are enjoined to resist temptation by sheer force of will and condemned as morally irresolute when they fail.

Oh? That’s too bad. If there’s no net, you can’t play tennis. If you can’t play, you can’t win. A person has to be really smart and well educated to not understand that proposition. And, sure enough, we hear,

The “will” in willpower is not some mysterious “free will,” a ghost in the machine that can do as it pleases, but a part of the machine itself. Willpower consists of circuitry in the brain that runs on glucose, has a limited capacity and operates by rules that scientists can reverse-engineer — and, crucially, that can find work-arounds for its own shortcomings.

In other words, Baumeister’s theories, like many modern currencies, are based on an illusion. Well, whose illusion is it then? No one’s? Then no one can make the changes.

The authors appeal to evolutionary biology to explain these anomalies, and elsewhere bring up ideas from neuroscience and economics. But the visits are perfunctory, and the authors offer no systematic account of the trade-offs the brain must make among goals that differ in their likelihood of success, their time horizons and their evolutionary impact.

because evo psych – of which Pinker is a leading proponent – is bunk anyway. The book would be an even bigger pop flop – much-heralded, little used – if Baumeister had made any more use of it than Pinker says he does.

As it happens, this problem was solved thousands of years ago. The Catholic Church teaches,

1733 The more one does what is good, the freer one becomes. There is no true freedom except in the service of what is good and just. The choice to disobey and do evil is an abuse of freedom and leads to “the slavery of sin.”

This thought is not exclusive to Catholics or Christians; other religions frequently express the same thought in different ways. And, almost everything else written on the subject is bunk. And no neuroscience find is going to change that. It’s just part of the fabric of reality. A part many find hard to accept … which changes nothing.

13 Replies to “Will power: Cutting through the bunk to discover that the problem was solved millennia ago”