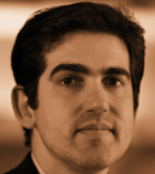 In Touchstone Magazine, Casey Luskin offers a scathing review of Giberson and Collins’s book The Language of Science and Faith:

Each chapter of Language addresses a particular question; thus, the first chapter is titled, “Do I Have to Believe in Evolution?” The very framing of this question is telling. Why not title the chapter “Is There Good Evidence for Evolution?” or “Is Evolution an Option for Christians?” Such a formulation would imply that there is room for Christians to hold different views. But the authors’ formulation implies that a full embrace of Darwin may be required for Christians. Indeed, Giberson published a CNN.com op-ed (April 10, 2011) claiming that “Jesus would believe in evolution and so should you.”

But God isn’t the only authority to which Collins and Giberson appeal. Language offers multiple statements like, “almost all Christian biologists accept evolution” (p. 30), or “virtually all geneticists consider that the evidence proves common ancestry with a level of certainty comparable to the evidence that the earth goes around the sun” (p. 49).

Whether or not the claim of near-unanimity among scientists is accurate, the implication is that, if you doubt universal common ancestry, you’re thinking on the level of a geocentrist. I wasn’t completely sure if the book intended this message until I read another article by Giberson, where he states: “To suggest that this ‘data’ can be handed over to non-specialists so they can make up their own minds is to profoundly misunderstand the nature of science” (“On the Integrity of Science: A Response to Bill Dembski,” Patheos.com, May 11, 2011).

Giberson and Collins are correct that there are many experts who support neo-Darwinism. But that doesn’t mean the debate is over, for there are also credible Ph.D. scientists, such as Michael Behe, Douglas Axe, and Ann Gauger, who doubt neo-Darwinism and have published peer-reviewed scientific papers critiquing the orthodox evolutionary view in journals like Quarterly Review of Biology, Protein Science, Journal of Molecular Biology, and BIO-Complexity. Their work raises strong evidential challenges to Darwinian evolution that cannot be written off by appeals to “consensus.”

Ironically, Giberson and Collins seem to recognize this point, writing that “scientific truth is not decided by the number of names on a list,” but rather “is based on the evidence” (p. 33). Here, they are absolutely right—but one can’t help but notice that they just undercut their book’s many appeals to authority.

Since the evidence is what matters most, let’s take a brief look at it.