Recently, we picked up on the story that life on Earth may be datable to 4.1 billion years ago:

The estimate is based on studies of zircons. Zircons? Champagne gemstones on a beer budget?

—-
To answer your question, carbon comes in various isotopes or flavors.

Giving the longest lasting of these isotopes:

The zircon crystal, formed under high heat and pressure, was Uranium-Lead dated to 4.1 billion years old. We might quibble about accuracy, but zircons are considered gold-standards in geochronology. The zircon had a graphite speck inclusion, something contaminating the melted rock at formation, hence the graphite is older than the zircon. (They looked for evidence of later reworking but found none.)

These isotopes are both stable, so presumably this ratio is exactly the same as when the zircon swallowed it up. Now both isotopes are thought to be made in stars, but through different processes (nuclear chemistry). Then this 99:1 ratio is pretty uniform for stellar production, and galaxy abundance. (We can measure isotopes remotely from high-resolution spectroscopy).

However, if plants convert CO2 into carbohydrate, then the heavier 13CO2 gets incorporated more slowly than the lighter 12CO2. If animals then eat the plants and turn it back into CO2, the carbon cycle successively enriches C-12. There’s also a similar effect in O-16, O-17 and O-18 that is even more accurate because it involves 3 stable isotopes.

There are many complications to this picture. For example, forams/coccolithophores sequester CO2 as carbonates and take it to the bottom of the ocean where it becomes sedimentary rock. Thus oceanic carbon has higher C13 ratios after algae blooms. But theoretical complications can be overcome by empirical measurement, by dense sampling. So with sufficient data, the specific ratio for each regime and time period is well-constrained; it is a fingerprint.

The finding was that when the C-12/C-13 ratio of the graphite inclusion in a 4.1 billion year old zircon was measured, it had a fingerprint of the carbon-cycle, suggesting that life was well established before 4.1 billion years.

Why is this significant? The earliest known physical fossils of life, stromatolites, are fossilized cyanobacterial formations which date to 3.65 billion years. This isotope fingerprint is dated to 450 million years before that, to a time before the bombardment of Earth by comets, before the formation of the oceans and seas.

In other words, before life even had a chance to develop on Earth, there was a “fingerprint” in the carbon ratios. I draw two possibilities from this: either life can not only develop but flourish on hot rocks without water (the Hadean), or life didn’t originate on Earth. In either case, the warm-pond Darwinian origin-of-life story gets severely distorted. 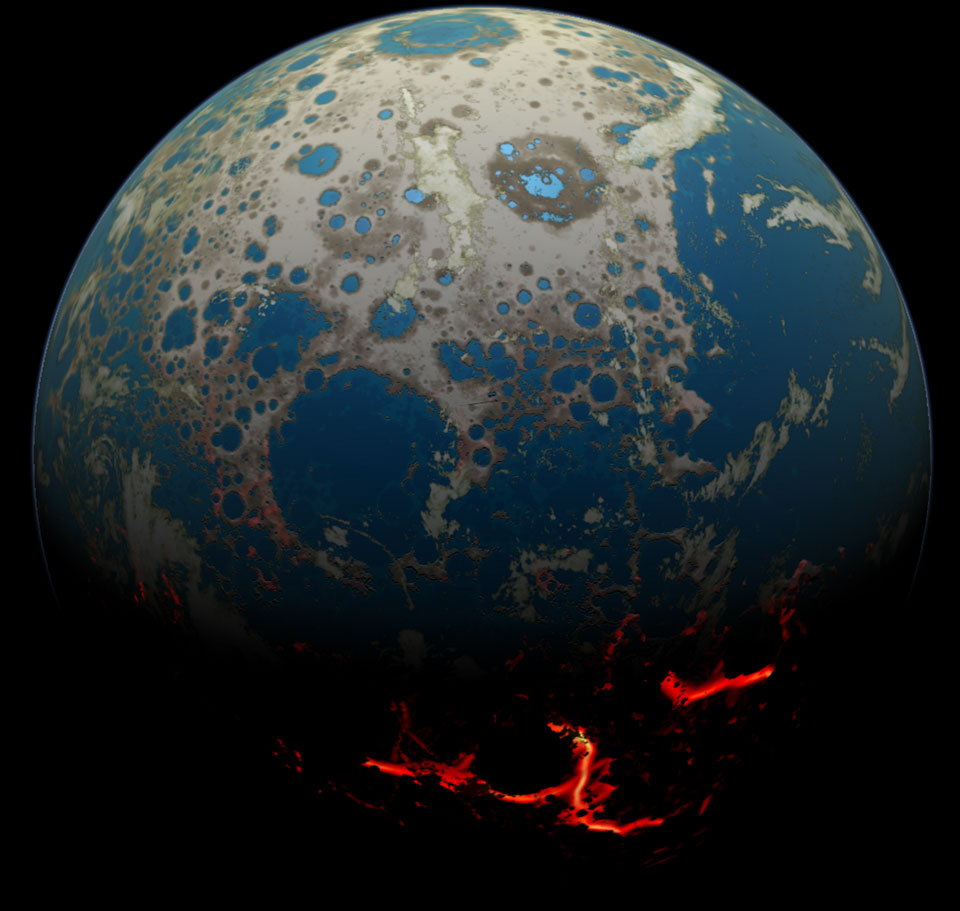 No place on Earth was safe. Four billion years ago, during the Hadean eon, our Solar System was a dangerous shooting gallery of large and dangerous rocks and ice chunks. Recent examination of lunar and Earth bombardment data indicate that the entire surface of the Earth underwent piecemeal upheavals, hiding our globe’s ancient geologic history, and creating a battered world with no remaining familiar land masses.

See also: Life on Earth at 4.1 billion years ago?

3 Replies to “Rob Sheldon: Why zircons might be evidence for life at earliest formation of Earth”