First, a Merry Christmas and a happy new year to one and all!

Next, I ran across a lecture on Macro-Economics by Roger W Garrison of Auburn that I thought would be well worth digesting with some Turkey and Ham etc:

I think this is of general interest, and also connects to one of the driving factors in elections and general policy trends: people vote their pocketbooks. Where, also, economic policies and promises are a key component of policy platforms that include issues on education, sci-tech and the like. So, understanding that wider context is relevant to debates over the design perspective. At basic level, we need to have enough of a layman’s grasp to address the “war on science/ progress” theme that so often drives appeals to reject design oriented thought as inimical to economic and general “progress.” (Somehow, progress to what tends to get ignored or overlooked.)

Let me zoom in a bit and extract and augment Hayek’s investment/production phases, value added triangle:

The pivotal point here is that long before we get to consumable products, there is a long tail of investments and value-adding production rooted in resources and in the ultimate resource, the community of productive, capable people. So we need to modify the old saying, first you gotta grow it or mine it to include: educate it. That way as we “go around the circle” we can see that an economy depends on a natural resource base and is rooted in the community. Three nodal sectors join the domains: natural resources & hazards management, management and support of the human resource (through health, education and welfare efforts), and governance involving culture of governance and leadership, policy-making and policy implementing institutions that affect economic activities.

Garrison powerfully uses the production possibilities frontier model (in the form of capital investment vs consumption spending) to link the investment triangle and a loanable funds market model. I adapt:

Here, we can see how in aggregate, the value producing chain of investments (duly lagged) contributes to consumption and investment. Most investment, of course, is replacement but some opens up new growth. And by shifting  to a savings-investment oriented culture, we can see how growth may be enhanced by a first sacrifice of consumption. Which will increase supply in the loanable funds market, naturally reducing rate of interest. In turn, that makes funds available to the longer-term, deeper investments that feed long term growth capability in an economy.

This brings up the challenge of tickling a dragon’s tail.

For, through monetary policy based intervention in the market, interest rate can be reduced, in an effort to trigger enhanced investment and growth. With people still inclined to consume at a higher level than where that moves us on the PPF frontier, the economy tends to move into the beyond the frontier arc of sustainable production levels. This is dangerous, but potentially strategic. Dangerous, as it may feed a malinvestment led boom triggering imbalances in the economy and feeding the tendency of any highly complex system with lags and feedback loops to become oscillatory . . . most famously the 8 – 11 or so year main wave [Kuznets] business cycle: (In some cases, this can lead to outright depression. More, in a moment.)

Strategic, as it can help accelerate growth. Thus, the dangerous, dragon-taming role of development banking and linked investment banking or venture capital investing.

From another perspective, the Aggregate Supply/ Demand (AS-AD) view, we can see that a macro-economy has a general price level and level of output (GDP), more or less based on adding up individual markets [through the Leontieff input-output table that avoids double-counting]:

The trick here is that as aggregate demand rises, bottlenecks appear and the economy saturates. It then tends to resist growth while becoming inflationary; overheating — one form of stagflation. Also, a shocked economy . . . oil price/supply shocks are classic . . . can compress the AS curve, pushing it in, suddenly stagnating an economy. To grow again, such an economy must create room to grow, by expanding relevant supply. (Down this road lies Hitler’s obsession with Lebensraum in the East at the expense of the Slavs, and of course just coincidentally this corresponds to dominance of the Eurasian heartland Mackinder discussed in his famous 1904 lecture on Geopolitics. [More, later; DV. Or if you are impatient, cf. here.] This will gve us a context for criticism of social darwinism and its legacy.)

Drawing back a bit, we can take a long term view, based on Perez’s S-curve generation-dominating technology perspective on the Kondratieff long wave: Such an S-curve, per simple calculus, is the cumulative effect of a bell-shaped pulse of action, centred on the inflection point. Here, a generation-length wave of innovation and adoption that I like to picture from a marketing/investment perspective:

The point here, is that dominant technologies are designed, funded and introduced, then surge into a marketplace, revolutionising the economic landscape. This is a context for Schumpeter’s creative destruction, by which the creation of a wave of new wealth undermines and makes obsolete old technologies and systems. And, in a limited resource world, we see saturation and dominance for a time.

Then, a new generation breaks in on the scene and the process repeats.

Immediately, this tells us that evolution of technology can be revolutionary and can happen suddenly. That is we see sudden appearance, dominance saturation/stasis, sudden disappearance and replacement, etc. But the world of technology is also telling us that intelligent creativity and design are drivers of such revolutions — in our experience. (The cultural dominance of “Evolution” tends to make us lose sight of the reliably observed source of innovation that comes out in functionally specific, complex, information-rich organised entities and systems [FSCO/I], intelligent design.)

Already, this is important, as it gives us a context of reference for thinking about transformational, revolutionary change, the pattern of a succession of eras dominated by a given order, and evolution by design.

An associated issue is the role of the human resource, especially what lies between our ears: 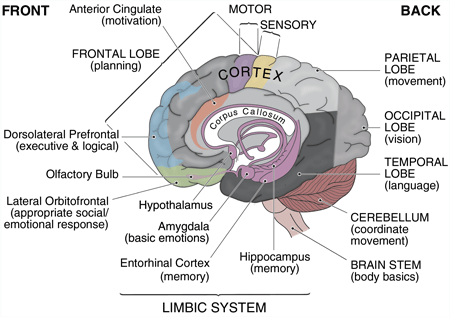 The Smith Model for bio-cybernetic systems will also help us:

I have long argued that the brain is a processor substrate for the brain-body loop, but that we must also reckon that computation in the end is a blindly mechanical process, much like Leibniz’s mill wheels grinding one against the other. The explanation for the functionally successful complex organisation lies elsewhere than the inherently mechanical process of computation. Likewise, the responsible rational freedom that is a foundation of reasoning, warranting, knowing etc is not found in wheels grinding on wheels. Computation simply is not rational contemplation.

Of this, we must not lose sight.

(And of course, this points to the importance of health, education and welfare concerns in promoting the long term good.)

Pulling back, it seems in retrospect that the oil price surge of 2007 – 9 and high ptrice of oil for some years:

. . . and the 2008 – 9 global financial crisis and recession that have led to the lingering sluggish world economy, point to a long wave trough. So, the issue is, which technologies will power a new wave of transformation. Likely, a combination of deepening Information, Communication and Control Technologies, gene engineering based biotech and energy innovations.

All of which point to the central role of design in the creation of FSCO/I rich systems.

The dominant trends, then, point to a climate favourable to design and information based thinking.

Precisely the ideas climate in which ID will continue to thrive and grow. Somewhere out there, the shade of Marx is laughing. END