Ann Gauger, senior scientist at the Biologic Institute (molecular genetics and genomic engineering) did a radio broadcast in the summer of 2013 on Adam and Eve and science. 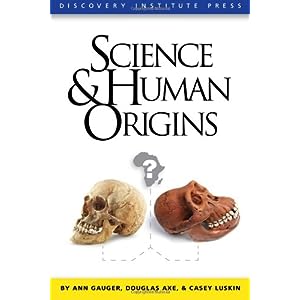 One stream of the movement among theologians and scientists to naturalize Christianity* has been to deny the possible historical existence of Adam and Eve. The claim is not that they did not exist but that they could not possibly have existed, a claim eagerly seized upon by the vanguard.

They say now that we’ve mapped the human genome, it is clear that modern humans emerged from other primates way before the timeframe of Genesis, you know, like 100,000 years ago. And they say given the genetic variation, we can’t possibly get the original population to below about 10,000 people at any time in our evolutionary history.

And one scientist put it to me this way. He said there would have had to have been an astronomical mutation rate that produced all these new variants in this short amount of time, and those mutation rates simply are not possible. We’d have to—we would have mutated out of existence, he said. So it’s not possible.

Gauger took issue with the claim that Adam and Eve could not have existed in a chapter of a book, Science & Human Origins, noting among other things that, predictably, the Darwinians built in assumptions that favour their thesis:

It turns out that the particular DNA sequence from HLA-DRB1 that Ayala used in his analysis was guaranteed to give an overestimate, because he inadequately controlled for two of the above assumptions—the assumption that there is a lack of selection for genetic change on the DNA sequence being studied, and the assumption of a constant background mutation rate over time. (pp. 111–12)

So she doesn;t think it’s that implausible. Read, listen, and see what you think.

Here’s a vid of Gauger arguing a similar point in a different venue:

* Treat it as an outcome of unguided evolution. We randomly evolved so as to believe it but somehow God maybe guided that.

10 Replies to “Adam and Eve and Ann Gauger”