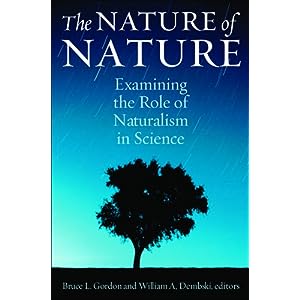 Every loudmouth on Airhead TV knows that for a certainty without any background whatever. For the record,

… the actual record of scientific methodological practice in the Middle Ages shows this to be false. Ptolemy (c.90–168) was extensively involved in astronomical observation and optical experimentation.The Alexandrian Christian platonist philosopher John Philoponus (c.490–570) performed imprecise experiments to ascertain the truth of the Aristotelian contention that the speed of descent was proportional to the weight of a dropped body, discovering—contrary to Aristotle—that there was very little difference.

During the historical period when medieval Islam was scientifically productive, Ibn al-Haytham (c.965–1039) performed experiments to ascertain the truth of optical theories and Kamāl al-Dīn al-Fārisī (c.1267–1320) devised the first mathematically adequate explanation of the rainbow on the basis of experiments using a camera obscura to analyze light rays passed through transparent glass globes filled with water, an experiment that was duplicated around the same time in medieval Christendom by Theodoric of Freiberg, a Dominican friar.

Astronomic observations were made by Levi ben Gerson (1288–1344) and Johannes de Muris (1290–1351), using a variety of instruments to refute certain aspects of Ptolemaic planetary models and to observe solar eclipses for the purpose of showing certain predictions of Alfonsine astronomical tables to be incorrect. Roger Bacon (c.1220–92) argued extensively for empirical methodologies that would subject scientific arguments to experimental tests and pursued a variety of scientific experiments himself.The thirteenth-century physician Petrus Perigrinus de Maricourt, a contemporary of Bacon, did extensive experimentation with magnets to determine their properties and anticipated many of the discoveries that would be credited to William Gilbert in the seventeenth century.  Another contemporary of Bacon, the Franciscan friar Paul of Taranto, though an alchemist, conducted a variety of laboratory experiments attempting to achieve the transmutation of substances. It is fair to say that such researches paved the way for modern chemistry.

The bottom line is that scientific experimentation was widely recognized as useful from late antiquity throughout the Middle Ages, and experiments were performed when it was recognized that doing so could help to confirm or disconfirm a scientific claim; the experimental method, therefore, was not a distinctive of modern science.  Bruce Gordon, Introduction to The Nature of Nature , (pp. 20-21)

(Note: The next Uncommon Descent contest has been delayed, due to a postal strike in Canada.)

14 Replies to “They were so ignorant back in the Middle Ages that they just talked a lot about God and didn’t do any experiments … right?”