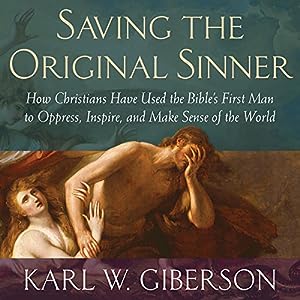 Readers may recall former Biologos leader Karl Giberson (see, for example, But at this point who cares what Darwin’s Christianhuffs at Huffpo?). Giberson now describes himself as a former evangelical.

From the Gospel Coalition, which is unsymathetic but treisto be charitable, some thoughts on his most recent book, Saving the Original Sinner:

Giberson’s irritation with the concept of basic beliefs and their implications connects with another aspect of Saving the Original Sinner. Complaining of evangelical “heresy hunts,” he also disparages the place of confessional statements in institutional life.

Why? The fact is some—perhaps all—of the individuals Giberson casts as victims challenged and contradicted commitments to which they’d subscribed at their hiring. This doesn’t mean in every case they were entirely to blame—some schools quietly allowed wider latitudes than their stated creeds, which in the end is fair to no one. But Giberson’s complaint is broader: it’s oppressive to college professors, women, and gay marriage to pursue commitment to Scripture as God’s Word. A historical Adam, he contends, is not only the death of academic freedom, it’s an instrument of an oppressive social order. Where belief in the fiction of Adam may once have been acceptable, that time is now past. More.

One wonders how tolerant Giberson himself would be of people who think there are grounds for a historical Adam, given what he associates that assumption with.

See also: BioLogos distances itself from views of founder?

3 Replies to “As (believing) in Adam, all sinned?”