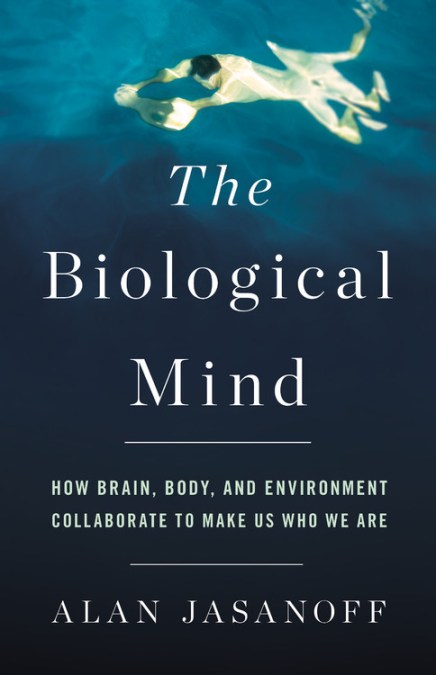 From cognitive scientist Alan Jasanoff, author of The Biological Mind: How Brain, Body, and Environment Collaborate to Make Us Who We Are, at Aeon:

But lost in the public’s romance with the brain is the most fundamental lesson neuroscience has to teach us: that the organ of our minds is a purely physical entity, conceptually and causally embedded in the natural world. Although the brain is required for almost everything we do, it never works alone. Instead, its function is inextricably linked to the body and to the environment around it. The interdependence of these factors is masked however by a cultural phenomenon I call the ‘cerebral mystique’ – a pervasive idealisation of the brain and its singular importance, which protects traditional conceptions about differences between mind and body, the freedom of will and the nature of thought itself.

But the sheer number of cells in the human brain is unlikely to explain its extraordinary capabilities. Human livers have roughly the same number of cells as brains, but certainly don’t generate the same results. Brains themselves vary in size over a considerable range – by around 50 per cent in mass and likely number of brain cells. Radical removal of half of the brain is sometimes performed as a treatment for epilepsy in children. Commenting on a cohort of more than 50 patients who underwent this procedure, a team at Johns Hopkins in Baltimore wrote that they were ‘awed by the apparent retention of memory after removal of half of the brain, either half, and by the retention of the child’s personality and sense of humour’. Clearly not every brain cell is sacred.

Blaming the brain for criminal behaviour offers an escape from outmoded principles of morality and retribution, but it still neglects the extended network of influences likely to contribute to any given situation. In the current discussion about the causes of violence in the US, it is more important than ever to maintain a broad view of how multiple factors work together in and around each individual; mental problems, gun access, media influences and social alienation can all play their parts. In other contexts, we miss analogous factors when we attribute drug addiction or adolescent misbehaviour to the brain, or when we credit the brain for creativity and intelligence. In each case, an idealised view that simply locates good and bad personal qualities in the brain is remarkably similar to old-fashioned perspectives that assigned virtue and vice to the metaphysical soul. An updated view should instead accept that any act of brilliance or depravity arises from a combination of brain, body and environment working together. More.

This attempt to explain away the mind falls apart for someone who reads carefully: Interdependence of mind, body, and environment does not explain away the mind, much as materialists (naturalists) would love to think so. If that were true, chimps would write computer programs.

See also: What great physicists have said about immateriality and consciousness

The illusion of consciousness sees through itself.

3 Replies to “Cognitive scientist: We are more than our brains but don’t get any high ideas on that account!”