The upstart Brazilian scientist takes issue with those who think there is no design in nature:

My latest book takes the opposite position, arguing that nature strongly suggests foresight at many levels, the working of a designing mind. And three Nobel laureates endorsed the book. Such distinguished scientists, encouraging an open exploration of the evidence for design, aren’t supposed to exist.

I’m not supposed to exist either. I have almost 1,000 peer-reviewed science papers to my name and am the former president of the International Mass Spectrometry Society. And yet I am convinced that nature points to a mind, to one who foresaw and solved a myriad of stunningly difficult engineering challenges to make life in the universe possible.

Indeed, contemporary science has revealed that Earth and the cosmos display layer upon layer of features essential to life. I can mention, for instance, the numerous physical constants whose precise values must be just so to allow for life. Things such as the speed of light, the gravitational constant, and the Planck constant.

If the Universe Were a Radio… Marcos Eberlin, “The Radio at the Edge of the Universe” at Evolution News and Science Today 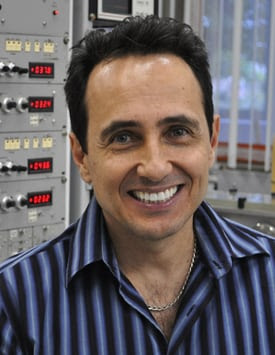 You’d never guess from Eberlin’s career that thinking the universe shows evidence of design would ruin science. How did he escape Darwin’s thugs?

See also: The day Marcos Berlin was chased out of Portugal