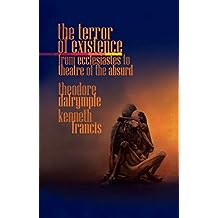 Ken Francis, author, with Theodore Dalrymple, of The Terror of Existence: From Ecclesiastes to Theatre of the Absurd, writes to tell us of an effort to account for objective moral laws and duties form the perspective of pure naturalist atheism. He thinks it doesn’t work but you, the reader, shall judge:

This clip comes from the debate “Is There Meaning in Evil and Suffering?”

Atheists Trying to Have Their Cake and Eat It Too on Morality. This video shows that when an atheist denies objective morality they also affirm moral good and evil without the thought of any contradiction or inconsistency on their part.

Why Darwinian philosopher Michael Ruse is not a new atheist Ruse: Partly it is aesthetic. They are so vulgar. Dawkins in The God Delusion would fail any introductory philosophy or religion course…

8 Replies to “Naturalism and ethics: an inevitable contradiction?”