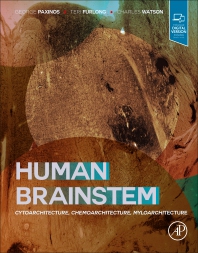 Could be unique to humans:

It turns out we humans may have an extra type of thinky bit that isn’t found in other primates. A previously unknown brain structure was identified while scientists carefully imaged parts of the human brain for an upcoming atlas on brain anatomy.

Neuroscientist George Paxinos and his team at Neuroscience Research Australia (NeuRA) have named their discovery the endorestiform nucleus – because it is located within (endo) the inferior cerebellar peduncle (also called the restiform body). It’s found at the base of the brain, near where the brain meets the spinal cord.

This area is involved in receiving sensory and motor information from our bodies to refine our posture, balance and movements.Tessa Koumoundouros, “Neuroscientists Have Discovered a Previously Hidden Region in The Human Brain” at Science Alert

One would think, given that we are still finding new regions and types of cell in the human brain, we’d hear less about it being just a meat computer.  Maybe that’s asking too much?

The brain is not a meat computer (Michael Egnor)

Boy loses large hunk of brain. And is “doing just fine.” When pundits talk glibly of creating artificial minds or claim that consciousness is an illusion, it might help to remember that few people predicted that cases like this could exist and few thought that high tech diagnostics would lead to their discovery.