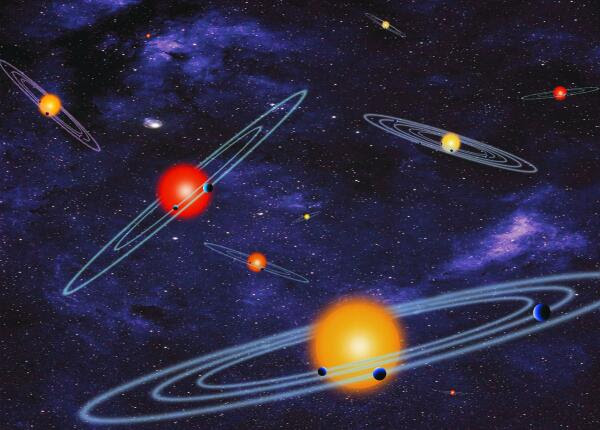 Further to the “new, lower estimate for exoplanets that could support life,” from New Scientist:

In our solar system, all eight planets orbit the sun in nearly circular paths and in roughly the same plane. This orderly arrangement led in part to the theory that planets are born from swirling discs of debris found around very young stars. With only our solar system to guide us, astronomers had assumed that other planetary systems would have similar line-ups, with small rocky planets close to their stars and larger, gassy worlds farther away.

The team says that 94 per cent of the 715 verified worlds are smaller than Neptune, and all of them live in multi-planet systems. Only four of the worlds are far enough from their stars to potentially host liquid water, but those planets are probably too big to be rocky worlds like Earth.

The article notes that it is easier for the telescope to image planets closer to their stars; there many be many more planets out there, invisible to current technology.

11 Replies to “So what did the Kepler space telescope discover, 715 confirmed planets later?”