From John Farrell, author of The Day Without Yesterday: Lemaiître, Einstein and the Birth of Modern Cosmology, at Nautilus:

But Lemaître wasn’t satisfied. By 1931, he had come to believe that Einstein’s “initial condition” state could not be stable. Reaching back to Friedmann, he proposed his Primeval Atom hypothesis, essentially the Big Bang 1.0, that the universe must have initially started from a fantastically dense kernel and expanded outward. “The Cosmic Egg exploding at the moment of creation,” was how the priest phrased it. 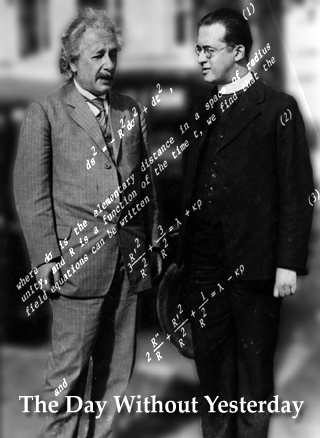 This was too much for Einstein, Eddington, and their other colleagues. They disliked the metaphysical implications of a universe with a temporal origin—it was too tempting for some to see God lurking behind it.

Progress stalled at this point as Nazism dramatically changed the priorities of scientists around the world. And although Lemaître didn’t know it, his own part in the saga, like Friedmann’s, was over. For physicists, work on general relativity and cosmology took a back seat to the war effort and the growing interest in quantum mechanics. Lemaître, confined to Belgium under German occupation (and narrowly surviving Allied bombing), turned his attention to computers and problems in celestial mechanics.

But during this period, the Big Bang idea caught on with George Gamow, the colorful Ukrainian physicist who fled the Soviet Union in the 1930s and came to America. More.

It gets better. And one wonders how many of the tangles Farrell elucidates could have been avoided if there had not been such a need to avoid the possibility that the cosmos showed evidence of design.

See also: 2016 as the worst year ever for fake physics Some think it is reasonable to believe in a multiverse, without evidence, because one must otherwise confront the evidence that our universe is designed as actual evidence. Such thinkers will always find whatever multiverse they are looking for.

One Reply to “The Big Bang as a theory no one really wanted. Except nature maybe?”