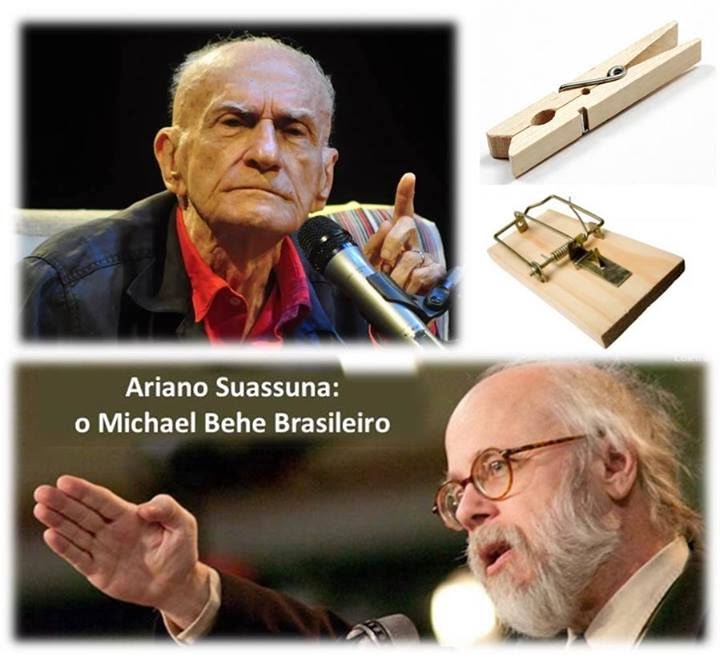 But you’d have to read Portuguese to know why.

A friend writes to say,

Ariano Suassuna, a well known Brazilian writer and thinker, offered an example of irreducible complexity to disprove Darwin’s theory of evolution. He said that the man who invented the clothespin was brilliant, and that monkeys, even if they had 500 million years, would never come up with such invention. Could they write the Ninth Symphony of
Beethoven? Evolutionists have more faith than those who believe that God created Adam and Eve, he said.

Well, a person would need a lot of faith to think monkeys would write the Ninth Symphony.

So far as I know, Suassuna knows nothing about ID theory.

He better, if Darwin’s trolls get hold of him down there. Meanwhile, …