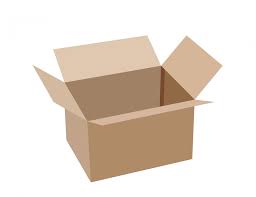 From Nancy Atkinson at Seeker:

Thomas Kephart from Vanderbilt University and four of his colleagues from around the world wanted to figure out why our universe seemingly has just three dimensions, especially since, as they wrote, “quantum gravity scenarios such as string theory… assume nine or ten space dimensions at the fundamental level.”

They combined particles physics with mathematical knot theory to try and work this out, borrowing the concept of “flux tubes,” which are flexible strands of energy that link elementary particles together.

In an environment of extremely high energy, the team said that the quark-gluon plasma would have been an ideal environment for rapid flux tube formation in the very early universe.

But, crucially, they noted that this would only work if the universe existed in three dimensions. If you add more dimensions, the process becomes unstable.

“Of all possible dimensionalities of space, our mechanism picks out three as the only number of dimensions that can inflate and thus become large,” the team wrote.

While this is all theoretical, Kephart said that the next step would be to continuing to develop their theory until it can make some predictions about the nature of the universe that can actually be tested. More.

They want to test their theory?  What a great idea! In an age of wars on falsifiability, that’s a refreshing new/old idea. Anyway, our universe seems pretty smart and can keep us awake.

Incidentally, Suzan Mazur, author of Public Evolution Summit, noted recently at HuffPost that D’Arcy Thompson (1860–1948), recently honored at a festival, offered a view on the question:

With researchers earlier this year at several universities—-University of Southampton (UK), University of Waterloo (Canada), Perimeter Institute (Canada), INFN, Lecce (Italy) and the University of Salento (Italy)—- publishing findings in the journal Physical Review Letters that we live in a 2-D, i.e., a holographic universe, it was interesting to come across biologist/mathematician D’Arcy Wentworth Thompson’s 1918 letter to philosopher/mathematician Alfred North Whitehead in a recent exhibition of Thompson’s work at the University of Dundee in which Thompson addresses the issue of “Three Dimensions of Space.” Thompson and Whitehead had developed a rapport some years earlier, as students at Cambridge.

Another point that comes into my head, with reference to the case in general, is an old and simple saying of Tait’s. He used to say that, given a symmetrical individual in symmetrical space, how on earth could you ever teach him what right and left meant. He would obviously have no right and left and space itself has, obviously, no right and left. And so, I come back to my query. Has Space really three dimensions; or is this only a convenient figment of terrestrial, and large and clumsy, mathematicians? More.

Good thought. Read the rest. And if you need a puzzle to keep you awake, pick one of the following conundrums, like chocolates from a box:

Is celeb number pi a “normal” number? Not normal. And things get worse. Surely this oddity is related in some way to the unreasonable effectiveness of mathematics.

Durston and Craig on an infinite temporal past . . .

Our physics color commentator Rob Sheldon kindly writes to add, “Among other reasons, my favorite mathematical reason for why we live in 3 dimensions instead of 2 or 4 or more, is that only in 3 dimensions can you tie your shoes. 2-D doesn’t have knots, and in 4D they always unravel. God is very considerate.”

3 Replies to “Why is space three dimensions anyway? Why not six? A new theory is offered”