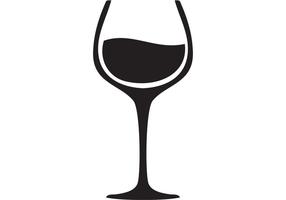 Readers may remember photographer Laszlo Bencze’s reflections here at UD on why men pay on the first date (or don’t) when we first posted his letter to us here (September 5, 2018). He also sent the letter to the Wall Street Journal, which — we are told — posted it on September 16. You must buy a subscription to see it there, plus you will probably hear from them for the rest of your life. Here at UD you can just read and comment, and occasionally hit the Donation button.

Over at Evolution News & Science Today, they enjoy a slow roast of evolutionary psychology now and then too, as this item shows:

A letter to the Journal from Laslo Bencze of Roseville, CA, replies: “If a man doesn’t pay, there’s an evolutionary reason for that, too. He is conserving his resources until he has established the worth of the woman as a child bearer. If, as a result of this, the woman shoots the man, then the reason is obvious: Via group selection, she improves the lives of all women. Evolution is so very wonderful. There’s simply nothing that it cannot explain.”

Except for another part of the original Journal article that reports on “a study of more than 17,000 unmarried heterosexual men and women published in November 2015 in Sage Open, an open-access academic journal.” That study tells us that

It must be hard for young daters to follow that. It’s an even bigger challenge to square it all with Darwin’s theory of evolution. Bruce Chapman, “An Evolutionary Guide to Paying on Dates” at Evolution News & Science Today

But that’s hardly as big a problem as Chapman thinks because Darwin’s theory of evolution can explain everything and its opposite, and therefore nothing. A perfect fit for post-modern life. Not so much for science.

Richard Weikart on the anti-Semitic burst in evolutionary psychology