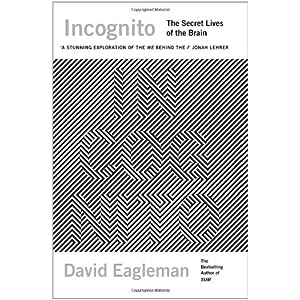 Here, we meet Baylor College of Medicine neuroscientist David Eagleman, described by a dean as ““a rock star in so many ways,” who wants to do for neuroscience “what Carl Sagan did for astrophysics.”

A fan of “possibilianism” (which writer Lewis describes as “a kind of anything-goes agnosticism”), Eagleman has focused on neurolaw, the idea that people are not responsible for their actions, but are the victims of their brain processes. For such a man he is oddly deficient in normal intuitions,as Lewis notes:

He thinks a lot, and he thinks hard, but for a man whose father was a New York psychiatrist (his mother was a high school biology teacher), he’s surprisingly unreflective. When the family moved to New Mexico, his father kept busy by dealing guns, serving in the Army Reserve, and volunteering in the police force mounted patrol. Musing out loud that such a man presumably had a law-and-order mentality, I asked Eagleman how his dad felt about his son’s latest research, which encourages the justice system to focus more on rehabilitation and less on punishing criminals. “You’re right,” he said. “I think he’s closer to the retributivist side of the argument.” Then he stopped, nonplussed, as if I’d made an uncannily accurate conjecture. “How did you guess that? That’s interesting . . .” Which left me, in turn, nonplussed that he thought it was a guess.- Jim Lewis, “Mind Games,” Texas Monthly (June 2011).

Which has left many people, of all persuasions, wondering why anyone takes neurolaw or its proponents seriously. Our current justice systems are bad, but in principle fixable. Once the accused is a machine and the justice system is a technician, the concept of fixable loses any meaning that most of us would associate with the idea of justice.

Note: This article is a must-read because author Lewis, unlike most journalists, is not taken in by the glitz; he notices the critical points:

Or take, again, his claim that different people have very different brains and that it’s therefore unfair to use a one-size-fits-all approach to meting out justice. Even if the first point is true, the second doesn’t follow: It is perfectly possible for people to have dissimilar neural systems but identical obligations. The physical and the moral are, for the most part, different categories. People vary in all sorts of ways, but that doesn’t mean we should treat them differently in the courts. There’s a reason, after all, why Lady Justice wears a blindfold. Eagleman is, admittedly, more interested in the sentencing phase of the legal system—where mitigating factors are often taken into account—than the guilt-finding phase. But in a number of places in Incognito he makes rather extreme claims about biology and culpability. He writes, “It no longer makes sense to ask, ‘To what extent was it biology and to what extent was it him?’ The question no longer makes sense because we now understand those to be the same thing. There is no meaningful distinction between his biology and his decision making.”

File under: What Christian universities get sucked into, so they can be admired by non-admirable people.

4 Replies to “Baylor “rock star” neuroscientist says, you are your biology. Period.”