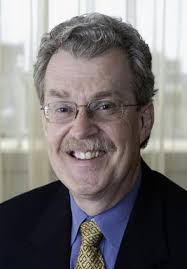 We’d noted his disappearance from BioLogos here and taken heat for so doing. Now Biologos president Darrel Falk, says he’s resigned from that and from his position as Professor of Physics at Eastern Nazarene College in Boston, to

… create more time for writing. At some point he hopes to find a “writer in residence” position at a Boston area college, but for now he is happy with the “writer in his sunroom” position he currently holds. We at BioLogos are deeply appreciative of Karl’s seminal role in the formation and ongoing impact of this organization.

Can’t say fairer than that.

Update: Uncommon Descent has been in touch with Karl Giberson, who told us today: “My resignations had nothing to do with any crises of faith, as some are implying.  I am in conversations with other evangelical schools about joining their faculty.  That they coincided is purely coincidence, in the most literal sense.”

Giberson is a process theologian.