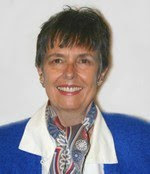 Stephanie West Allen at Brains on Purpose draws my attention to her post on David Brooks’s column, “The Young and the Neuro” (New York Times, October 12, 2009), extolling the eager young neuroscientists who – in my view – know just enough to get it all wrong, as follows:

Since I’m not an academic, I’m free to speculate that this work will someday give us new categories, which will replace misleading categories like ‘emotion’ and ‘reason.’ I suspect that the work will take us beyond the obsession with I.Q. and other conscious capacities and give us a firmer understanding of motivation, equilibrium, sensitivity and other unconscious capacities.
The hard sciences are interpenetrating the social sciences. This isn’t dehumanizing. …

Oh yes it is, and it is intended to be.

Given the way things will go if pseudo-disciplines in neuroscience catch on with government – for example in the criminal justice system – (cf “neurolaw”), were I the headliner, I would be tempted to retitle Brooks’s piece, “The Young and the Bureau.”

Anyway, West Allen comments on the underlying assumption that the mind does not really exist.

As Dr. Jeffrey Schwartz has said, “The brain puts out the call, the mind decides whether to listen.”

Many of the materialists do not believe in free will. (See, for example, the first link below.) This reductionist lens can be insulting to the human spirit. In the legal profession, it can be dangerous

She provides links at the above post to many excellent posts arguing the dangers of neurolaw.

If everyone who thought about murder did it, half the bosses on the planet would be found dead on their coffee break – and scads of administrative assistants too.

Incidentally, West Allen is not the only skeptic. As I reported earlier, a writer for New Humanist – not the source that would have immediately jumped out at me – has expressed similar, justifiable skepticism.

Also: New! Neurolaw: Confusing intent with motive is a threat to human rights

25 Replies to “Neuroscience: “The Young and the Bureau””