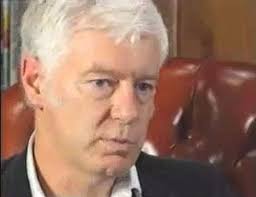 Michael Denton (author of Evolution: A Theory in Crisis and Nature’s Destiny) has just published a paper in the journal Bio-Complexity, entitled, The Place of Life and Man in Nature: Defending the Anthropocentric Thesis. Reports the abstract,

Here I review the claim that the order of nature is uniquely suitable for life as it exists on earth (Terran life), and specifically for liv- ing beings similar to modern humans. I reassess Henderson’s claim from The Fitness of the Environment that the ensemble of core biochemicals that make up Terran life possess a unique synergistic fitness for the assembly of the complex chemical systems char- acteristic of life. I show that Henderson’s analysis is still remarkably consistent with the facts one century after it was written. It is still widely accepted even among researchers in astrobiology. I also review the evidence for believing that many of the proper- ties of the same core set of biochemicals are specifically fit for the physiology of complex terrestrial beings resembling modern humans. I show that none of the recent advances in the field of extremophile biology, alternative biochemistries, or recent allu- sions to apparent defects in the fitness of nature for Terran life significantly undermine the core argument, that nature is peculiarly fit for carbon-based Terran life, and especially for the physiology of complex terrestrial beings resembling modern humans.

Download the full paper and read for yourself here. Be sure to also read David Klinghoffer’s comments on the paper at ENV.