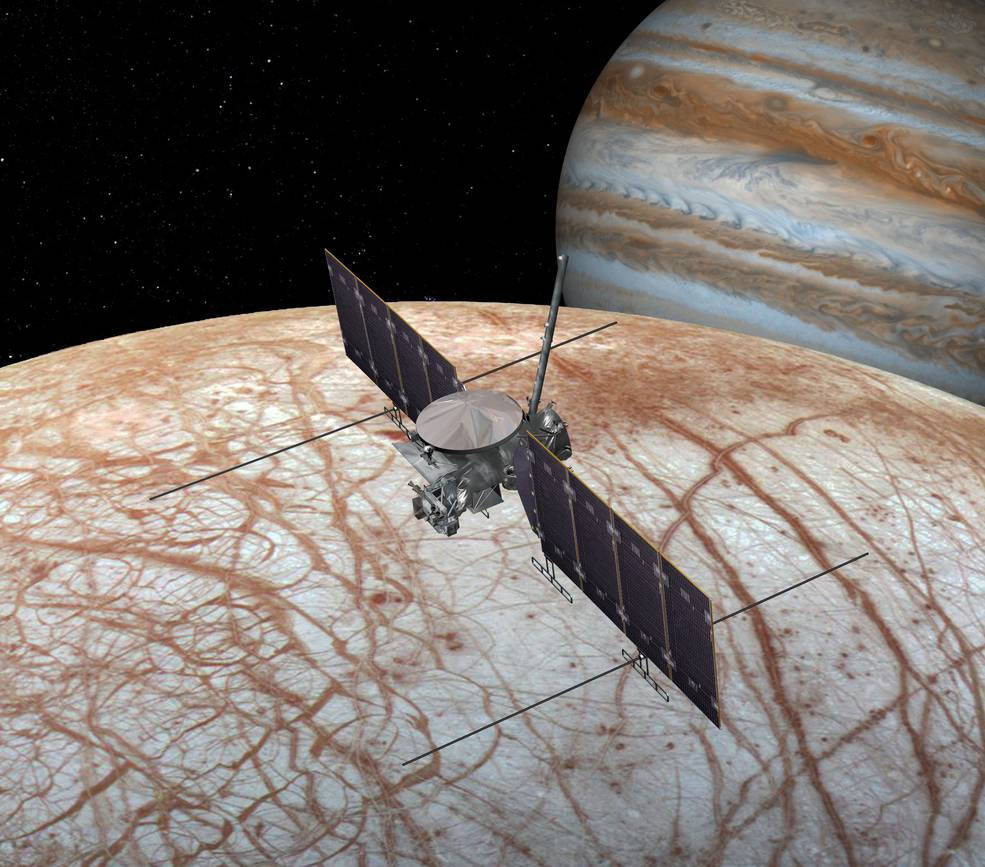 From Eric Berger at Ars Technica:

Thanks to the ominous warning in Arthur C. Clarke’s novel, 2010: Odyssey Two, much of the science and technical community shares Culberson’s fascination with Europa. But for the general public, the icy moon remains largely an unknown. Eight billion dollars to peck at the ice on some moon around Jupiter? What is the sense of that? As he works on his peers in Congress, Culberson will eventually have to convince Joe the Plumber, Ken Bone, and the rest of America about the relevance of Europa, too.

For this mission, he has a secret weapon. During the briefings at JPL, Culberson brought a friend with him, the famed Director James Cameron. The two men share an interest in exploring the depths of oceans, and periodically Cameron peppered the JPL presenters with questions about batteries, the chemistry of Europa’s ocean, and so forth. But mostly, he came as Europa’s storyteller-in-chief. “If you want to talk to the world, this man knows how to do it,” Culberson said of his friend. It’s true in some sense. Titanic and Avatar are the two highest-grossing movies of all time. More.

Why Europa? Underground oceans have long made it a favored site to hunt for life.  Anyway, it’s great to see extraterrestrial life come to seem like science again. As opposed to angst about the problems religious people might have with ET and/or they just gotta be OUT THERE!  hype (= the heck with evidence, that’s UnCool now).

NASA cares what your religion thinks about ET One would expect that those world religions that care much one way or the other if NASA finds bacteria in space could fund their own examination of the question.