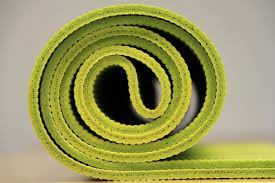 From Philip Ball at New Scientist:

The idea that we create reality seems absurd. But an audacious new take on quantum theory suggests the fundamental laws of nature emerge from our own experiences

That woo-woo has been around forever, or at least since the last remnants of the Stone Age. It was one of the things people had to fight, to get science off the ground.

Now some are contemplating a mind-boggling alternative: that a coherent description of reality, with all its quantum quirks, can arise from nothing more than random subjective experiences. It looks like the “perspective of a madman”, says the author of this bold new theory, because it compels us to abandon any notion of fundamental physical laws. But if it stands up, it would not only resolve some deep puzzles about quantum mechanics, it would turn our deepest preconceptions about reality itself inside out. (paywall) More.

Many naturalists must be looking for that exit just now. After all, nature, as defined today, cannot be all there is. Science demonstrates that.

Quantum mechanics doesn’t tell us that we make everything real unless that is the only way we can see it.

So why does scientism always seem to end up in mysticism’s illegal booze can?

Note: We extend a sincere apology to the manufacturers of yoga mats, most of whose occupants have more sense than what we describe above.

143 Replies to “New Scientist on the yoga mat: We make everything real”