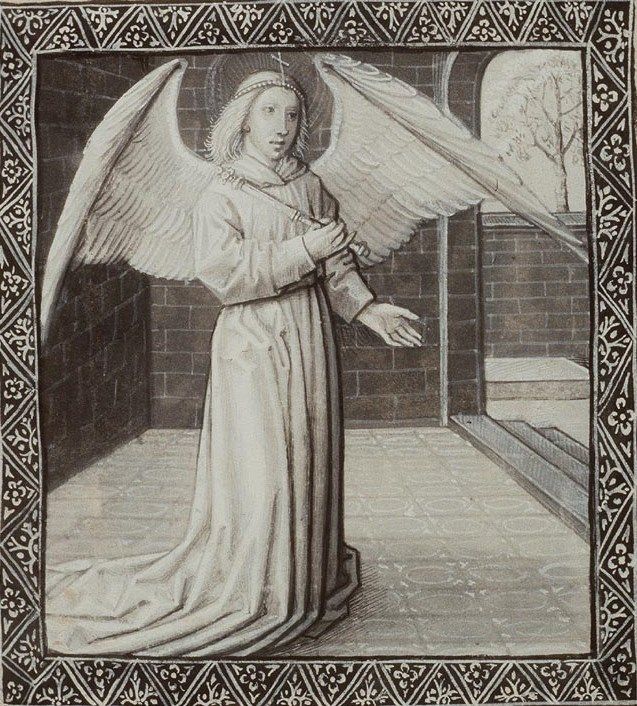 Recently, we posted a link to  Ken Francis’s item at New English Review, which addresses, in part, the question of whether angels exist:

The atheist philosopher, David Hume, said if rational people have a choice to believe more than one explanation of an event, they should choose to believe that explanation which is most probable. Hume would argue that such a supernatural event of an angelic encounter, by definition, is unbelievable. For Hume, an encounter with an angel would be a violation of the laws of nature. In An Enquiry Concerning Human Understanding, he writes: “There must, therefore, be a uniform experience against every miraculous event, otherwise the event would not merit that appellation. And as a uniform experience amounts to a proof, there is here a direct and full proof, from the nature of the fact, against the existence of any miracle.” More.

Editorially, we noted, “Of course, Hume isn’t offering a proof; he is offering a rule: Noting outside what he takes to be nature can be credited in principle, and at that point, evidence doesn’t really come into it.”

My reading of Hume, is that angels must be scientific, because their appearance follows a regular pattern, and regular patterns are what science can explain.

What was that rule? Once is happenstance, twice a coincidence, three times a law.

But to dismiss a regular pattern as supernatural violates the very induction we were told to trust.

Hume tends to appeal to undergraduates more than to people with considerable life experience.

A colleague tells us that John Earman’s Hume’s Abject Failure: The Argument Against Miracles, is free as a pdf. From a review:

“[T]his is a very good book that one could easily miss. It will be of great interest to Human Scholars, no doubt, but to many others as well. For nonhistorians, there is a window into the religious disputes of that day (e.g., whether miracles should be understood in an ontic or epistemic sense). For philosophers of religion, there are opening moves in the debate on divine action (viz., whether God ‘violates’ the laws of nature)…the book is surprisingly readable…[E]arman makes the best case yet that Hume’s view of inductive inference was naive, even compared to hi contemporaries. His use of the probability calculus gives this point unmatched precision. Perhaps the most important aspect of this book is that John Earman wrote it…He is…one of the very best philosophers of science in the world.”- Philosophia Christi

See also: And now for something completely different: Do angels exist?

One Reply to “Rob Sheldon: How to tell if angels’ existence is scientific…”