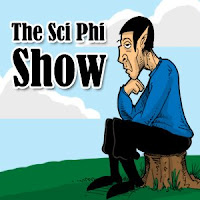 Over at Jason Rennie’s Sci Phi: Journal of Science Fiction and Philosophy, Michael Spence offers “Requiem for a Harlequin: Two Perspectives on Time, and a Celebration of Kairos, in Three Stories by Harlan Ellison” – a look at Ellison’s sf fantasy stories that involve the nature of time:

In Harlan Ellison’s long career of resisting genre labels, none of his stories has proved more label-elusive than the one most frequently reprinted, “‘Repent, Harlequin!’ Said the Ticktockman.” The story is not precisely science fiction as opposed to fantasy: the world is presumably our earth, yet the society appears archetypal as well as the only one on the planet, with no explanation why. Nor is it precisely fantasy as opposed to sf: the setting is futuristic, the lifespan-controlling power of the Master Timekeeper is described in technological terms, and one also finds familiar sf devices such as slidewalks).

In his essay, Spence makes the interesting point that, of our two concepts of time, chronos and kairos (measurement vs. moment), the second requires the notion of a mind – an intelligence that comprehends its significance – to make any sense:

Chronos is about seconds, minutes, hours–that is, the time-coordinates one would use to identify points on a t-axis. It rules the logbook, the shift-activity report, the tape emerging from the seismograph or the polygraph. Kairos, on the other hand, is about moments, whether good or ill–the event that marks the turning of the tide in a battle or the fall of a kingdom, the tableau that shows a relationship in its essence. Its domain is the historian’s record, the scrapbook, the photo album. Indeed, when advertisements proclaim “a Kodak moment” or a wedding song announces, “This is the moment I’ve waited for,” they speak of kairos. Various lexicons credit the playwright Sophocles with giving kairos the added flavor of “the right moment,” “the moment of opportunity” (e.g., Hahn, 3:833); such a distinction is quite appropriate, especially from a dramatist, for whom such moments are the tools of the trade.

From the start one notices that the presence of Mind differentiates kairos from chronos. While intelligence is needed to set up a chronological structure, that structure is self-perpetuating as long as clocks continue to function. A deist would view the universe in this same mechanistic fashion – God only takes part in its creation, absenting himself thereafter from involvement as it continues to run on its own. For kairos, however, chronological location is merely a statistic; moments involve the observer’s judgment, will, or appreciation. Indeed, the world of kairos might be more comfortable with quantum mechanics, with its focus on the observer, than with deism.

Much other good stuff to check out at Rennie’s Sci Fi Journal, available as both sound and text files.

(Note: That’s Rennie’s self-portrait, not Michael Spence’s. Spence blogs at Brother Osric’s Scriptorium, and does not look like this. But then neither does Jason Rennie. – d.)

9 Replies to “Science fiction: Interesting idea on the nature of time and mind”