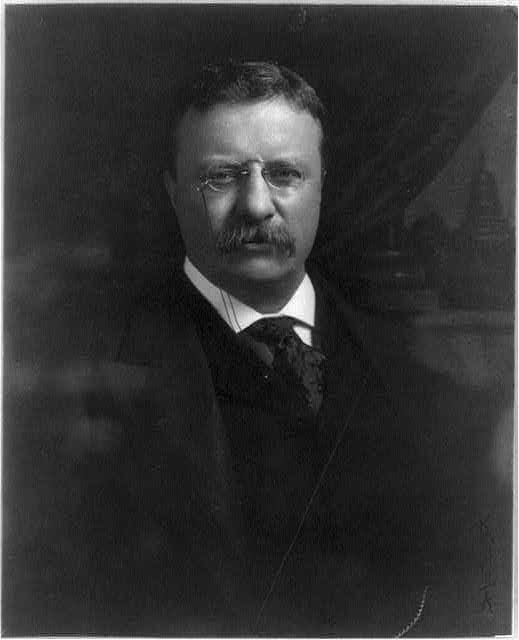 Former President Theodore Roosevelt, a man known for his typically frank-spoken style (a trait no doubt imbued from his Dutch Reformed roots) and who knew bad science as readily as he knew bad theology when he saw it, made bare the malignant social cancers of the modern age.  As the nation goes to select a new chief executive we should all look for the candor and insightfulness of the 26th President as shown below . . .

“There is superstition in science quite as much as there is superstition in theology, and it is all the more dangerous because those suffering from it are profoundly convinced that they are freeing themselves from all superstition.  No grotesque repulsiveness of medieval superstition, even as it survived into nineteenth-century Spain and Naples, could be much more intolerant, much more destructive of all that is fine in morality, in the spiritual sense, and indeed in civilization itself, than that hard dogmatic materialism of to-day which often not merely calls itself scientific but arrogates to itself the sole right to use the term.  If these pretensions affected only scientific men themselves, it would be a matter of small moment, but unfortunately they tend gradually to affect the whole people, and to establish a very dangerous standard of private and public conduct in the public mind.”  Theodore Roosevelt, “The Search for Truth in a Reverent Spirit,” Outlook, Dec. 2, 1911.