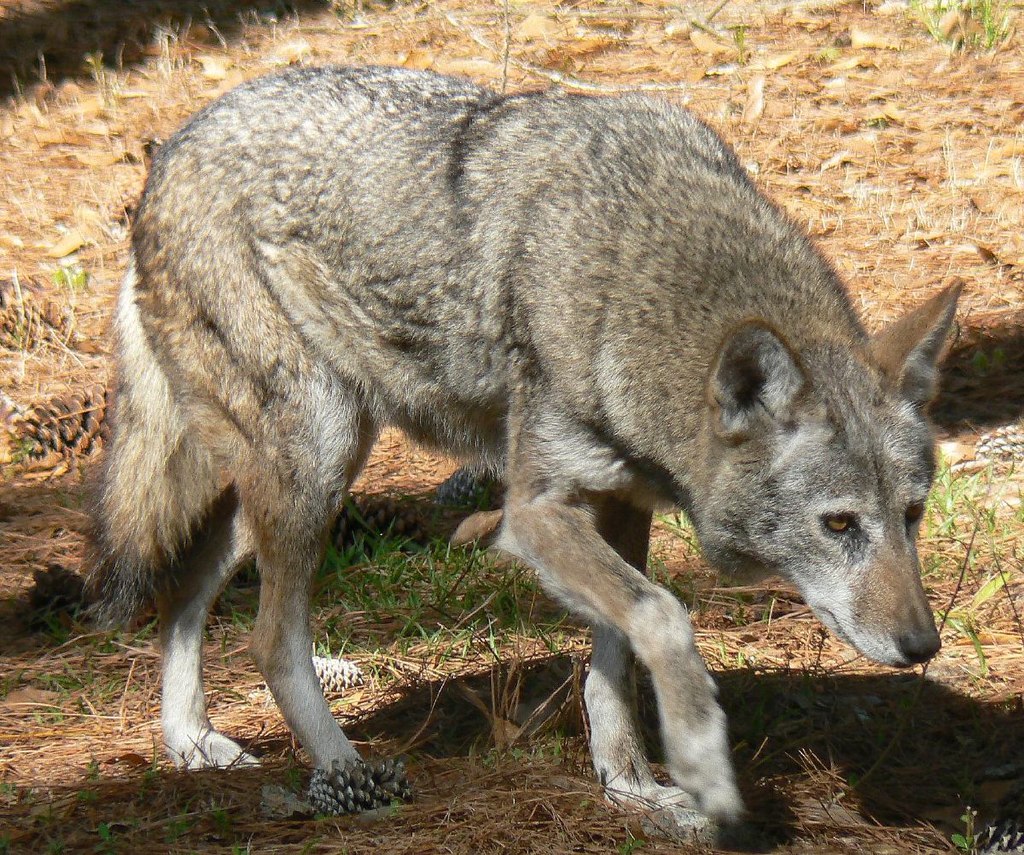 As New Scientist tells it, “Red wolf may lose endangered status because it’s just a hybrid”:

The red wolf, a critically endangered species living in the south-eastern US, may be nothing more than a hybrid between coyotes and the grey wolf, a new study suggests.

If so, it may lose its conservation status and protection, given that US legislation does not protect hybrids.

This could lead to loss of an important evolutionary lineage, because the red wolf is the only living repository of genes from the grey wolves that were driven near extinction in the south-eastern states by trapping and agricultural development. More.

Shocka: Everyone knew that about the red wolf.

There is usually  no critical reason to protect hybrids except to appeal to the urban cocktail set. Hybrids happen whenever wolves, dogs, and/or coyotes are lonely enough to look beyond their own packs.

We can protect hybrids if voters want, but the basic canine philosophy is:

If yer not with the one ya love

And good luck preserving the flow of the water under the bridge. See coywolves, coydogs, and wolf dogs.

Speciation is a topic well suited to a serious rethinking evolution meeting.

In their study, the authors argued that the US Fish and Wildlife Service would be wrong to remove ESA protection from gray wolves. The agency’s reasoning was that the Eastern wolf has been hypothesized to have a historical range that includes the Great Lakes area and much of the Eastern states, excluding the gray wolf. That would invalidate the original 1975 petition that led to the wolf’s endangered status, according to the agency.

But, genetically, the wolf half of the Eastern wolf is the gray wolf, the researchers showed. The authors viewed this as evidence that species protection policy must change.

“We argue strongly for a less typologically oriented implementation of the ESA that allows interim protection of hybrids while encouraging the restoration of historic patterns of variation through habitat protection,” the authors wrote in their study.

This all isn’t working any more. We need a serious discussion of what speciation even is. What a gene even is.

Note: Most sources discourage hybrid animals as house pets. While dogs have been domesticated for millennia, a hybrid can be unpredictable.

But didn’t everyone know this about dogs?

Burial customs for dogs 30,000 years ago