Adam and Eve have certainly been in the news a lot lately. Recently, Joshua Swamidass distanced himself from Christian evolution group BioLogos over their insistence that Adam and Eve could not possibly have existed.

Meanwhile, British plant geneticist Richard Buggs posted a letter he had sent in May to BioLogos’ Dennis Venema, taking issue with the claim that a population of 10,000 is required, as stated in Dennis Venema and Scot McKnight, Adam and the Genome:

To get more specific, I think you are mistaken when you say this:

“If a species were formed through such an event [by a single ancestral breeding pair] or if a species were reduced in numbers to a single breeding pair at some point in its history, it would leave a telltale mark on its genome that would persist for hundreds of thousands of years— a severe reduction in genetic variability for the species as a whole”

It is easy to have misleading intuitions about the population genetic effects of a short, sudden bottleneck.

Crickets answered Buggs all summer and into the fall.

At Evolution News & Views, Ann Gauger offers a lay-friendly take on the question:

This means that a single pair of individuals can carry a great deal of heterozygosity with them through a bottleneck, provided they come from an ancestral population with high diversity and undergo rapid population growth after the bottleneck. They will pass most of that diversity on to the population they found, so long as population grows rapidly.

Gauger and others are offering a model to test the idea:

What is needed is a model that does not rely on the standard assumptions of population genetics. Recently Hössjer, Gauger, and Reeves have proposed such an alternative model. The model, when programmed, will be available for use by anyone to test the effects of various starting conditions, like population size, the degree of gene flow, recombination and mutation rates, mate choice effects, and ultimately the effects of selection. The outcomes of various scenarios can be tested and compared to summary statistics from modern populations, in order to determine which scenarios best explain current populations. 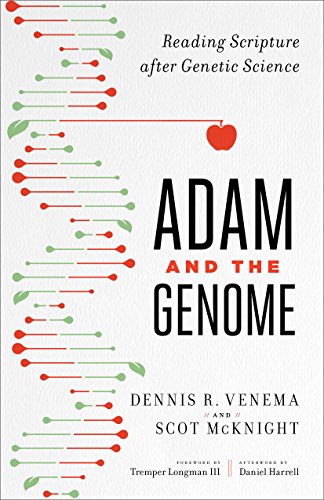 Curiously, in Adam and the Genome, McKnight and Venema assert that no one who doubts understands the evidence:

“there does not appear to be anyone in the antievolutionary camp at present with the necessary training to properly understand the evidence, much less offer a compelling case against it.” (Adam and the Genome, p. 65, emphasis added)

“to date, no one in the creationist camp writing about these data seems to understand the evidence, much less has the ability to credibly undermine it” (Adam and the Genome, p. 205)

Well, Dr. Buggs, who has a good publication record, understands, doubts, and is not of Darwin’s fold. Naturally, one might hope for some response from Dr. Venema soon. The crickets are tired.

2 Replies to “Geneticist: Adam and Eve could have existed”