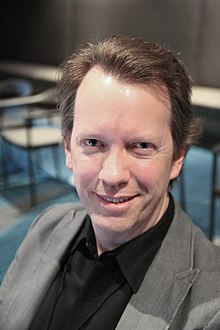 From multiverse cosmologist Sean Carroll we learn that eighty videos are about to hit YouTube:

Some of you might be familiar with the Moving Naturalism Forward workshop I organized way back in 2012. For two and a half days, an interdisciplinary group of naturalists (in the sense of “not believing in the supernatural”) sat around to hash out the following basic question: “So we don’t believe in God, what next?” How do we describe reality, how can we be moral, what are free will and consciousness, those kinds of things. Participants included Jerry Coyne, Richard Dawkins, Terrence Deacon, Simon DeDeo, Daniel Dennett, Owen Flanagan, Rebecca Newberger Goldstein, Janna Levin, Massimo Pigliucci, David Poeppel, Nicholas Pritzker, Alex Rosenberg, Don Ross, and Steven Weinberg.

One wonders whether Sam Harris attended. Barry Arrington touches on Harris’s recent difficulties: “as Kyle Smith at NR reports, Harris’ integrity has landed him in hot water with his fellow progressives, especially Ezra Klein.” Overall, he is often in trouble for treating his mind as if it were not just an illusion, even if he thinks it is.

See also: Inspiring Philosophy on quantum mechanics and the death of materialism (naturalism)

How naturalism rots science from the head down