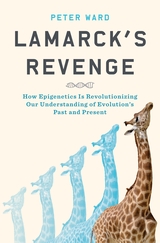 Says biologist Peter Ward, because epigenetics changes can account for life forms that have been classified as different species:

More and more, biologists are discovering that organisms thought to be different species are, in fact, but one. A recent example is that the formerly accepted two species of giant North American mammoths (the Columbian mammoth and the woolly mammoth) were genetically the same but the two had phenotypes determined by environment.

Epigenetics (or heritable epigenetics, or neo-Lamarckism) is a series of different processes that can cause evolutionary changes as well as dictate how organisms develop from a single fertilized egg (in the case of sexually reproducing organisms, at least) to what we look like as adults. Some say it’s just a minor tweak of already understood processes and that it’s of little importance in the broader scheme of evolutionary change or the past or even future history of life. But to others epigenetics, while still poorly understood, is potentially of far greater importance than mainstream evolutionary theory, and mainstream evolutionists have heretofore accepted that. To a few, its ongoing discovery is causing an unfolding scientific revolution. But the discoveries have not happened evenly among the many fields within what we call “biology.” The great breakthroughs have mainly been studies looking at cells, and the molecules within cells, including DNA and RNA and other aspects of genetics. But to date there has been little if any progress in tying epigenetic change to the many events evidenced by fossils and the fossil record.

The second kind of epigenetic change causes unforeseen modification to an organism without altering the genetic coding for specific genes, but it also passes on these changes. It can cause change ranging from minor to profound, and can be heritable. “Lamarckian” change is where something encountered in its environment, and not necessarily expected in the life of an organism, causes chemical changes to the DNA through the addition of tiny molecules, or through a shape change of the scaffolding that holds the twisted DNA molecules in specific shapes. Other kinds of epigenetic change can also be caused by the actions of small RNA molecules responding to some kind of external environmental change. Peter Ward, “Why the Earth Has Fewer Species Than We Think” at Nautilus

In a biology world struggling to rescue as much Darwinism intact as possible from its tottering ruin at the hands of genomics, Ward’s approach is being treated defensively in many quarters, despite the mess speciation is in. That is likely to change.

Note: Peter Ward is the author of LaMarck’s Revenge: How Epigenetics Is Revolutionizing Our Understanding of Evolution’s Past and Present Readers may also know of Ward as one of the authors of Rare Earth: Why Complex Life is Uncommon in the Universe

See also: Anthropologist John Hawks is cool to epigenetics shedding light on evolution The assertion that natural selection can account for complex, detailed changes, given enough time, is a mantra: That is, if specific probability calculations render that unlikely, so much the worse for probability theory. Responses like this from a usually level-headed thinker mainly demonstrate that epigenetics is likely to upset quite a few applecarts.

A physicist looks at biology’s problem of “speciation” in humans

Nothing says “Darwin snob” like indifference to the mess that the entire concept of speciation is in.

and
Epigenetic change: Lamarck, wake up, you’re wanted in the conference room!

2 Replies to “Peter Ward: Epigenetics explains why there are fewer “species” than we think”