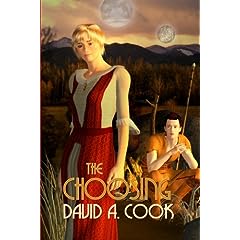 I’m honored to have the chance to present a post-Darwinist conversion account by one of our Uncommon Descent readers, Dr. David Cook, MD. Physicians like him serve as role models to the young and are a symbol to the scientific community that highly intelligent and scientifically literate people can be skeptical of Darwinian evolution.

Dr. Cook is a graduate of Vanderbilt, home of one of the first IDEA chapters in the nation. I asked him not to be shy about his accomplishments, because people like him are the ones who most effectively communicate to the world that a person can be quite literate in science and still question Darwinian evolution. His example empirically disproves the false claims of Dawkins, Harris, KCFS, NCSE, and others who insinuate that exposure to criticism of the Darwinian orthodoxy will deteriorate scientific understanding.

Here is Dr. Cook’s CV followed by an account of his post-Darwinist conversion. I trust that many of our readers can identify. His words to the students, “it is OK to believe in science and disbelieve in Darwinism, and that you can be a fine doctor too.”

only four in class)

– Orthopaedic Residency at University of Wisconsin-Madison 1987-1992

– Certified by American Board of Orthopaedic Surgery, 1994, exam

another orthopaedist. One of them was the first large study on MRI

findings in ACL-injured knees. Several have been cited in other studies.

and writing as a hobby.

Here are some of his reflections and words of encouragement to ID-sympathetic college students:

I believed in Darwinian-type evolution up through undergraduate and more or less through medical school. What else was there? My church does not take a position on the subject. We believe that Ã¢â‚¬Å“Man was created in GodÃ¢â‚¬â„¢s image,Ã¢â‚¬Â but how God went about it is unspecified. The spectrum of beliefs on this topic among church members spans nearly the entire range; we are only required to accept that God was involved and behind it somehow. I used to just vaguely believe that Ã¢â‚¬Å“evolution is how He did it.Ã¢â‚¬Â

In medical school (Vanderbilt University in Nashville, TN) I was faced with learning all I could about the human body, from the microscopic sub-cellular level on up to and including how humans interact with each other and their environment, and all the things that can go wrong with the system.

The more I learned, the less sense it made to me that such an incredibly complex, incredibly integrated on all levels entity could possibly have arisen as a result of chance, no matter over what time period and no matter what selection mechanisms were involved. There are just way too many examples of processes, structures, and functions that are not only amazingly complex themselves, but engage in incredibly coordinated cooperation with other parts and functions. Any physiological process you can think of is this way, bone homeostasis being the currently most familiar to me because of my specialty of orthopaedic surgery; how could the amazing feedback system among the intestine, liver, kidney, and bone have arisen without some sort of coordinating agency? Gross anatomy is the same way on a macro level; muscle, nerve, vascular, bone, and joint systems all mesh in an elegance of function.

And when you expand the question to the whole of life it becomes mind-boggling: fish, insects, birds- did you ever look at an ant under a microscope? What awesome little machines they are. And thatÃ¢â‚¬â„¢s only on the outside. And supposedly primitive creatures like sharks turn out to have sensory and surveillance equipment to put the CIA to shame.

I began questioning fellow classmates and a few professors. By what possible sequence of events could this amazing symphony of form and function have arisen through chance processes? I received no satisfactory answers. The ones who even took the question seriously assured me that there were experts and specialists in the field out there who understood it all, it had all been investigated, and Darwinism was the answer. Just because we students didnÃ¢â‚¬â„¢t understand it didnÃ¢â‚¬â„¢t mean no one did. I could rest assured that somebody knew all that.

To me it didnÃ¢â‚¬â„¢t make sense but for awhile I accepted that I just didnÃ¢â‚¬â„¢t have the background and knowledge to understand it but there were those who did and all scientists believed it and I could therefore not worry about it. The only people I ever heard of who were disagreeing with Darwinism were religious biblical fundamentalists who believed in a literal six 24-hour day creation story. I already didnÃ¢â‚¬â„¢t believe that (the lights ruling the day and night didnÃ¢â‚¬â„¢t show up until the 4th Ã¢â‚¬Å“dayÃ¢â‚¬Â, what kept track of time before that, for one thing) so I had no trouble discounting these peopleÃ¢â‚¬â„¢s objections without really paying much attention to them.

If memory serves it was Ã¢â‚¬Å“DarwinÃ¢â‚¬â„¢s Black BoxÃ¢â‚¬Â by Michael Behe that I first encountered as a challenge to Darwinism from a scientific perspective. I now realize there were others published before that but this was the first for me. It immediately reminded me of all the other systems IÃ¢â‚¬â„¢d learned about that just seemed too complex and inter-related to have arisen by chance. Ã¢â‚¬Å“Irreducible complexityÃ¢â‚¬Â is a magnificently concise term for what IÃ¢â‚¬â„¢d been observing and I wish IÃ¢â‚¬â„¢d thought of it myself. The bacterial flagellum is just one, and not even the most complex, example of many myriad structures and functions that this concept applies to.

So I started reading and collecting books. At present count I have 29 volumes on the top shelf in my library directly pertaining to evolution. To be fair I included a couple of Richard Dawkins; Ã¢â‚¬Å“The Blind WatchmakerÃ¢â‚¬Â and Ã¢â‚¬Å“The Selfish Gene.Ã¢â‚¬Â To me these read more like philosophical treatises than scientific explanations.

I no longer accept that somebody, or anybody, understands how it all happened. I no longer believe neo-Darwinism as an explanation for life on earth. I have adopted Denyse OÃ¢â‚¬â„¢LearyÃ¢â‚¬â„¢s term Ã¢â‚¬Å“post-DarwinistÃ¢â‚¬Â to describe my current position.

I am currently reading Dr. J.C. SanfordÃ¢â‚¬â„¢s book on the human genome. The notion has previously occurred to me more than once that humans have been deteriorating genetically for quite some time, but it never occurred to me that this could be investigated or quantified. I am excited to see what he has to say about it. (I emailed my PhD physicist brother, who has a very dry sense of humor, about Dr. Sanford’s thesis, and he just today replied; “Regarding the deteriorating human genome, I’ve been saying that for years. We’re interfering with Natural Selection by treating the sick. All this health care will one day kill us.” I think he was joking. (He’s read Hoyle’s Cosmology textbook, BTW, and no longer believes in the Big Bang.)

The discovery that believing in the validity of science and the scientific method does not require a belief in Darwinism has given me a surprising feeling of relief and intellectual freedom. I can explore interesting ideas like Intelligent Design and Panspermia without feeling vaguely guilty about it. I believe the most exciting discoveries about life are in the future, and are not going to be found by those clinging to the restrictive blinders of mutation and natural selection as the only possible explanations.

I believe ID has some very important things to say about life and I am excited to see where it’s going to go in the future. Besides establishing that life was designed, I am looking forward to investigations of how it got to earth, how it progressed, was it brought or sent here sequentially (my personal leaning at this time; have you read Fred HoyleÃ¢â‚¬â„¢s and otherÃ¢â‚¬â„¢s books on panspermia?) or was it pre-programmed to develop? Can we find any clues about where it came from? If not ultimately, at least right before it got here? Also, can we find evidence for more than one mind behind the multitude of designs? There is a way to identify the author of a book using computer Ã¢â‚¬Å“word-prints.Ã¢â‚¬Â (This is how Joe Kline was identified as the author of the anonym ously-published Ã¢â‚¬Å“Primary ColorsÃ¢â‚¬Â about the Clinton campaign.) Could we someday apply a similar, though necessarily much more complex, process to identify features of different form of life characteristic of different designers?

The possibilities are exciting and seemingly endless. I understand that right now during the fight for legitimacy for ID there is probably little energy to spare, but hopefully once the concept is accepted as a legitimate target for research money the field can expand and address many other questions. IÃ¢â‚¬â„¢m looking forward to it.

My message for the students you talk to would be that it is OK to believe in science and disbelieve in Darwinism, and that you can be a fine doctor too.

In appreciation for Dr. Cook’s willingness to give an account of his journey, I’m giving a plug for his novel, The Choosing. Interestingly, “choice” is the salient characteristic of an intelligent agency. I suppose it was destined Dr. Cook would join our little community here at Uncommon Descent.

UK Guardian: Most of the next generation of medical and science students could well be creationists

36 Replies to “A role model for ID-sympathetic college students, author and physician David A. Cook, MD”