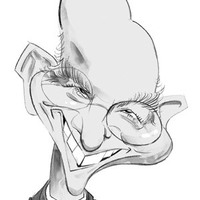 From Gregory Chaitin at UFRJ:

In Chapter 8 of his 1996 Oxford University Press masterpiece The Conscious Mind, David Chalmers speculates on using information theory as the basis for a fundamental theory of consciousness. Building on his work, we attempt to flesh out an updated version of the Chalmers proposal by taking into account more recent developments including algorithmic information theory, quantum information theory, the holographic principle and the Bekenstein bound, and digital philosophy as sketched in two little-known monographs in Italian: Introduzione alla filosofia digitale and Bit Bang: La nascita della filosofia digitale

In the two decades since Chalmers published his panpsychism thesis that any physical system that processes information is conscious, it has become possible to put more meat on the bones of the Chalmers proposal. Unfortunately, it is possible to argue that as a consequence, the simplicity which was the principal argument in Chalmers’ favor has become somewhat diluted. Nevertheless, it remains straight-forward, at least in comparison with what is perhaps becoming its chief contender, the increasingly elaborate Tononi integrated information theory of consciousness [17, 18]. Note especially how much easier it is to measure consciousness according to Chalmers as opposed to the extreme computational difficulties of the Tononi proposal, which requires considering all possible partitions of a physical system. In conclusion, I believe that Chalmers panpsychism remains vigorous and stimulating, especially if taken in the context of digital philosophy, which attempts to build the world out of information and computation rather than matter and energy. More.

If we can “build the world out of information and computation rather than matter and energy,” will we not still face the question of how exactly they are integrated?

See also: Post-modern science: The illusion of consciousness sees through itself

Are newborn babies really not conscious?

Roger Penrose: Somehow, our consciousness is the reason the universe is here. One can’t help wondering if this is suckerbait. Challenged, will Penrose retreat back to the safe little warren of nonsense theories about consciousness? A few are offered below, just to get you started, but we don’t especially recommend it. On the other hand, just for fun, start with, Claim: Science is afraid of animal consciousness. Why? Won’t crackpot theories work as well as they do for human consciousness? What’s different?

Aired on BBC: Consciousness no different than our ability to digest

Thomas Nagel: Daniel Dennett “maintaining a thesis at all costs” in Bacteria to Bach and Back

Split brain does NOT lead to split consciousness? What? After all the naturalist pop psych lectures we paid good money for at the U? Well, suckers r’ us.

Does the ability to “split” our brains help us understand consciousness? (Apparently not.)

Or else: Consciousness as a state of matter

Researcher: Never mind the “hard problem of consciousness”: The real one is… “Our experiences of being and having a body are ‘controlled hallucinations’ of a very distinctive kind”

Searle on Consciousness “Emerging” from a Computer: “Miracles are always possible.”

Psychology Today: Latest new theory of consciousness A different one from the above.

Evolution bred a sense of reality out of us

Claim: Science is afraid of animal consciousness. Why? Won’t crackpot theories work as well as they do for human consciousness?

So then: Question: Would we give up naturalism to solve the hard problem of consciousness?

Neuroscience tried wholly embracing naturalism, but then the brain got away

3 Replies to “Can information theory help us understand consciousness?”