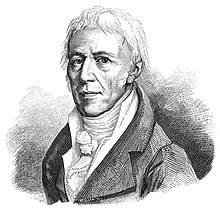 Over at Evolution News & Views, we are told that two Israeli researchers are “ flirting with Lamarck”:

Lamarck? He was the much-ridiculed Frenchman (1744–1829) who was right about the inheritance of acquired characteristics.

In other words, stuff that happened to our grandparents and parents could help shape our genome, and affect our health and sense of well-being. See, for example, Can epigenetics even shape attitudes?

“Which came first, the Chicken or the Egg?” We suggest this question is not a paradox. The Modern Synthesis envisions speciation through genetic changes in germ cells via random mutations, an “Egg first” scenario, but perhaps epigenetic inheritance mechanisms can transmit adaptive changes initiated in the soma (“Chicken first”). Open access

What makes speculative articles such as this ultimately disappointing is the absence of supporting data (i.e., evidence) for the mechanisms being proposed.

From a philosophical standpoint, however, the speculations are fascinating — because they indicate what researchers are willing to try, in the face of the supposed “highly confirmed” status of textbook evolutionary theory.

How be this: There is lots of supporting data out there but maybe they daren’t offer it in a context that would sound like confronting the publicly funded Darwin cult?
Also: CRISPR findings vindicate Lamarck, says researcher in Quanta article, but it is now called epigenetics. Darwin’s tenures and many science journalists (pom poms for “science”) don’t like epigenetics. It detracts from the easy answers offered by Darwin’s followers.

See also: Another non-Darwinian biologist we need to know about: Mae-Wan Ho