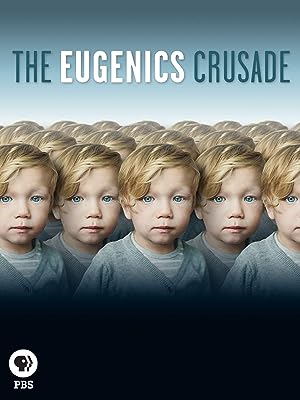 A friend writes to recommend it:

American Experience: The Eugenics Crusade is one of the best documentaries I have ever seen and I have watched many hundreds of them. As the movie documents, it started with Darwin, then moved on to Galton who spent his life developing the science of eugenics, then the American eugenics movement is covered in detail. Next is many leading, Harvard and other elite school educated scientists took it up, and Congress passes laws to end over 90 percent of immigration, and it moved on to Nazi Germany, and the Holocaust, noting at the Nuremberg Nazi trial the lawyers defending the Nazis cited the Bell v. Buck U.S. Supreme court case to justify their eugenics program. Along the way, the documentary covered the abuse of IQ tests, and racism in the mix and, last, showed how people uncritically relied on science and the scientists to justify their acts. Science turned out to sound reasonable but, in the end, was horribly wrong. Could the same problem be true with Darwinism? It sounds good, but as evidence, as is accumulated, it may turn out to be horribly wrong. There is clearly a lesson here. More.

From the Edge: Another reason not to like evolutionary psychology –support for Chinese eugenics

Eugenics: How consensus science can be dead wrong