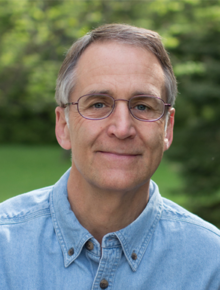 Recently, we noted that John Sanford was speaking at NIH on human health and mutations. Philip Cunningham writes to mention a 2017 paper by Sanford and S. T. Cordova, Nylonase Genes and Proteins – Distribution, Conservation, and Possible Origins on whether the ba cteria that digest nylon evolved new genes:

We began this work hoping to better understanding the various claims regarding the de novo origin of certain nylonase genes. The idea that nylonases would have arisen very recently, de novo, was based upon the widely-held assumption that nylonases would have been essentially non-existent prior to the artificial manufacture of nylon. This basic assumption would not be justified if there were any nylonlike polymers in nature, or if nylonase activity required very low specificity, such that enzymes with other functions might also possess or acquire nylonase activity.

Our analyses indicate that nylonase genes are abundant, come in many diverse forms, are found in a great number of organisms, and these organisms are found within a great number of natural environments. We also show that nylonase activity is easily acquired through mutation of other enzymes, which strongly suggests that nylonase activity has very low specificity of the active site. These findings refute the widely held assumption that nylonases were essentially non-existent before 1935. In this light, there is no reason to believe that any nylonase emerged since 1935, and so there is no solid basis for invoking any de novo nylonase genes. Therefore, it seems only reasonable to reexamine the earlier claims of de novo genes. More.

More from the Biologic Institute about nylon-eating bacteria.

John Sanford: Darwin a figurehead, not a scientist