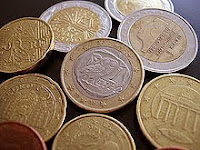 You may have been taught in your high school biology class that DNA point mutations provide the raw material for evolution. Such mutations can cause biological variation which might lead to improved reproductive rates. In those cases such mutations would likely be selected, and evolution would have taken yet another small step. You may have wondered how such unguided point mutations could ever produce the wonders we find in biology. The answer, evolutionists will tell you, is that point mutations are only the beginning of the story. In fact there are a variety of mechanisms, many far more complex than a DNA point mutation, that can produce biological variation. For instance, new research has found that so-called jumping genes, or transposons, provide for even more biological variation than previously thought. As one evolutionist remarked, “This movement of genetic material provides the raw material of genetic evolution.” There’s only one problem: transposons aren’t free.  Read more