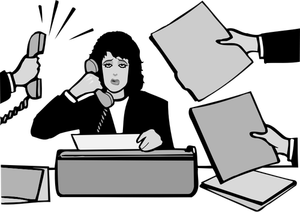 We run this story as a public service. Sometimes the pressure might get to you but it is almost never entirely that person’s fault and this is not the way to go about dealing with it:

Graduate student Zijie Wang has pleaded guilty to poisoning a co-worker in the chemistry labs at Queen’s University in Kingston, Canada. He had been dosing his co-worker’s food with N-nitrosodimethylamine (NDMA), used to induce cancer in rats, which initially made the victim vomit and gave him diarrhoea.

The victim – who survived and testified in court on 2 November – subsequently installed a camera on his desk, and recorded Wang pipetting a substance into his food. Wang is due to be sentenced on 11 December for ‘administering a noxious thing to endanger life or cause bodily harm’ and aggravated assault.Andy Extance, “Chemistry graduate student admits poisoning colleague with carcinogen” at Chemistry World/em>

The poison was NDMA, used to induce lib\ver cancer in test animals. It has been used in poisoning cases before, in one case a fatal one. The victim, who has not been named, fears developing liver cancer and his contract was not renewed due to “inadequate funding”:

Because the department renewed the contracts of other researchers who had less experience than him, the victim said Wang’s actions embarrassed Queen’s chemistry department and his absence would help the school “heal.”

“It was a reasonable excuse to get me out,” he said. Raechel Huizinga, Iain Sherriff-Scott, “Victim testifies in poisoning case, sentencing marked for December” at Queens University Journal

The victim says he hasn’t told his family but in a small town like Kingston, Ontario (home of Queens University), it’s hard to imagine they wouldn’t know.

Back to regular coverage shortly.

See also: Meditation and yoga can reverse DNA reaction that causes stress – researcher (This may turn out not to be true but, for heavens’s sakes, try it first. – News)