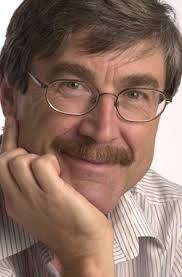 The Guardian features an interesting article by Paul Davies: “The secret of life won’t be cooked up in a chemistry lab: Life’s origins may only be explained through a study of its unique management of information.” Davies writes,

The origin of life is one of the great outstanding mysteries of science. How did a non-living mixture of molecules transform themselves into a living organism? What sort of mechanism might be responsible?

A century and a half ago, Charles Darwin produced a convincing explanation for how life on Earth evolved from simple microbes to the complexity of the biosphere today, but he pointedly left out how life got started in the first place. “One might as well speculate about the origin of matter,” he quipped. But that did not stop generations of scientists from investigating the puzzle.

The problem is, whatever took place happened billions of years ago, and all traces long ago vanished – indeed, we may never have a blow-by-blow account of the process. Nevertheless we may still be able to answer the simpler question of whether life’s origin was a freak series of events that happened only once, or an almost inevitable outcome of intrinsically life-friendly laws. On that answer hinges the question of whether we are alone in the universe, or whether our galaxy and others are teeming with life.

Most research into life’s murky origin has been carried out by chemists. They’ve tried a variety of approaches in their attempts to recreate the first steps on the road to life, but little progress has been made. Perhaps that is no surprise, given life’s stupendous complexity. Even the simplest bacterium is incomparably more complicated than any chemical brew ever studied.

But a more fundamental obstacle stands in the way of attempts to cook up life in the chemistry lab. The language of chemistry simply does not mesh with that of biology. Chemistry is about substances and how they react, whereas biology appeals to concepts such as information and organisation. Informational narratives permeate biology. DNA is described as a genetic “database”, containing “instructions” on how to build an organism. The genetic “code” has to be “transcribed” and “translated” before it can act. And so on. If we cast the problem of life’s origin in computer jargon, attempts at chemical synthesis focus exclusively on the hardware – the chemical substrate of life – but ignore the software – the informational aspect. To explain how life began we need to understand how its unique management of information came about.