Our philosopher-photographer friend Laszlo Bencze sends us some thoughts on J. P. Moreland’s recent book, Scientism and Secularism: Learning to Respond to a Dangerous Ideology: – (O’Leary for News)

I just finished my reading of this book and I think it’s an excellent analysis of the issues which undergird evolution, namely that science and only science can provide knowledge about the world. This view, known as “scientism” relegates both philosophy and theology to the realm of personal opinion where both may be safely ignored. Of course, as Moreland points out, this position is self-refuting because all statements about the power and purpose of science are necessarily philosophical statements: 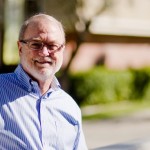 In 1869, when Charles Eliot was elected president of Harvard University, he made the following claim in his inaugural address: “Philosophical subjects should never be taught with authority. They are not established sciences; they are full of disputed matters, and open questions, and bottomless speculation.” …President Eliot’s assertion was philosophical and not scientific…it is therefore self defeating. — Scientism and Secularism, J. P. Moreland, p. 52

He takes a strong stand for “first philosophy”:

What, exactly, is first philosophy? Roughly, first philosophy is the notion that there is a realm of rational investigation that (1) is the proper domain of philosophy, (2) is independent of and, indeed, more basic or fundamental than science (that is, science is built upon the foundation of the results of first philosophy), and (3) gives us knowledge of the topic studied in that realm, including knowledge of reality. —Scientism and Secularism, J. P. Moreland, p. 98

Finally, he touches lightly on Darwinism and how is merits are argued:

Many contemporary scientists—both theistic evolutionists and others—rely upon claims about God’s nature and ways in their scientific case for evolution….Cases of alleged “bad or inefficient design” are used by scientists to argue that these cases falsify the notion of a god because if such a god existed, surely he could do better job than he did in the bad, inefficient cases.

Well, if a theological model of God can be used to falsify that model, why can’t a different theological model be used to produce scientific evidence for that model of God? Advocates of methodological naturalism can’t have it both ways. On the one hand, they claim that science must adopt methodological naturalism and that theological propositions are entirely outside the range of science. On the other hand, for more than 150 years scientists have used theological models of an incompetent, inept designer to test against the evidence of biology and paleontology to show that the evidence demonstrates that designer does not exist. This sounds like a “reverse intelligent design” to me. —Scientism and Secularism, J. P. Moreland, p. 167–168

J. P. Moreland on claims we know better than we know science truths

4 Replies to “J.P. Moreland on Darwinism and “reverse intelligent design””