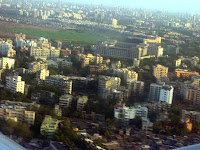 (Service note: If you had trouble finding Uncommon Descent last night, we had to change servers due to traffic problems. Sorry for inconvenience. – d.)

Yesterday, in “From the Small Warm Pond to Cooties,” Barry challenged an attempted “evolutionary” explanation of teasing. Evolutionary psychology’s explanations of just about anything are routinely uninformative, but they tend to fare unusually badly with altruism, of which there were some remarkable examples in the recent Mumbai terror attacks.

In “Heroes At The Taj” (Forbes, December 1, 2008) Michael Pollack thanks his saviors:

Far fewer people would have survived if it weren’t for the extreme selflessness shown by the Taj staff, who organized us, catered to us and then, in the end, literally died for us.
They complemented the extreme bravery and courage of the Indian commandos, who, in a pitch-black setting and unfamiliar, tightly packed terrain, valiantly held the terrorists at bay.

It is also amazing that, out of our entire group, not one person screamed or panicked. There was an eerie but quiet calm that pervaded–one more thing that got us all out alive. Even people in adjacent rooms, who were being executed, kept silent.

It is much easier to destroy than to build, yet somehow humanity has managed to build far more than it has ever destroyed. Likewise, in a period of crisis, it is much easier to find faults and failings rather than to celebrate the good deeds. It is now time to commemorate our heroes.

Also, in “For heroes of Mumbai Terror Was a Call to Action” (New York Times, December 1, 2008), Somini Sengupta reports,

Overnight, Mr. Zende became one of Mumbai’s new heroes, their humanity all the more striking in the face of the inhumanity of the gunmen. As the city faced one of the most horrific terrorist attacks in the nation’s history, many ordinary citizens like Mr. Zende, 37, displayed extraordinary grace.
Many times, they did so at considerable personal risk, performing acts of heroism that were not part of their job descriptions. Without their quick thinking and common sense, the toll of the attacks would most likely have been even greater than the 173 confirmed dead on Monday.

A friend wrote to ask me if I knew of an evolutionary explanation for altruism. I replied:

First, if by “evolution,” we mean “Darwinian evolution,” then altruism would mean helping one’s own kinfolk in order to preserve one’s own genes – which one shares with them (= Dawkins’s ” “selfish gene”). That really doesn’t apply to situations where people help strangers at the risk of their own lives.

An elaboration of the theory (= the meme, also a Dawkins idea) holds that a mechanistic process in the brain causes a unit of thought (a meme) to spread from person to person, so that – for example – Mother Theresa might rescue abandoned children and raise them as Catholic Christians, thus helping her selfish memes. That really doesn’t apply here either. I have made clear before that I consider both concepts better suited to pop culture than to science.

In The Spiritual Brain, Mario Beauregard and I wrote about instances of heroic altruism here in boring Toronto – young men jumping onto the subway tracks to rescue an old woman who had got dizzy and fallen in, and motorists rushing toward the Air France jumbo that crashed near Highway 401 (the provincial artery) and helping the evacuation – which proceeded in such an orderly fashion that no one died.

The really amazing thing – to me at least – is that human altruism can be sparked in circumstances that do not involve life or death. Have a look at this story, for example – the Texas woman Marilyn Mock who bought another woman’s lost house for her. So a claim that a special brain circuit kicks in during a life-or-death crisis doesn’t seem fully explanatory either.

More generally, psychologists who are searching for an animal model are doubtless looking in the wrong direction. They should, in my view, begin by rcognizing that this type of behaviour is characteristically human and probably requires a human level of consciousness. Its principal characteristic was summed up by Mock, who explained, “If it was you, you’d want somebody to stop and help you” – that is, one sees another self as equivalent to one’s own self and regards another’s interests as one’s own. Searching for an animal that does this “naturally” is an uninformative waste of time because humans don’t do it “naturally”; we do it only sometimes, and what’s remarkable is that we do it at all.

Is the human race evolving toward more altruism? Some evolutionary theorists, like Teilhard de Chardin, have argued for such a position, but they are not Darwinians and are generally attacked by Darwinians.

Some good research has been done on altruism in humans; I’ve heard good things about Oliner’s The Altruistic Personality: Rescuers Of Jews In Nazi Europe, though I haven’t read it. David Stove also has some interesting thoughts on the subject in Darwinian Fairytales: Selfish Genes, Errors of Heredity, and Other Fables of Evolution. Here is my long review of Stove’s book. Some other altruism stories are here.

35 Replies to “Altruism, evolutionary psychology, and the heroes of Mumbai”